You are here: Home / Entertainment / How Misty Copeland Made It In Ballet 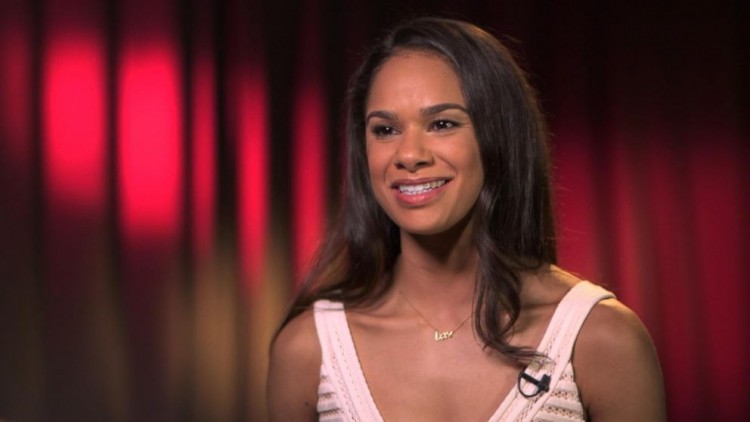 Misty Copeland is the unlikely ballet star who made history as the first African-American woman to be named principal dancer at the world-renowned American Ballet Theatre. In an interview with ABC News’ Mara Schiavocampo, Copeland, 32, appeared to still be coming to terms with her dream coming true.

“I definitely had my moments of questioning whether or not this was really the path for me. And it’s so surreal that it’s happened,” she said.

For 10 years, Copeland was the only African-American ballerina at the ABT. On July 1, she was named the first African-American principal dancer in the prestigious company’s 75-year history.It’s a dream the 32-year-old wasn’t sure would ever come true.

Copeland is one of six children raised by a single mother who often struggled to feed her family. She started dancing at age 13 — without the foundation of childhood training — and was often discouraged.

“It’s a European art form and you’re used to seeing a certain type of person as a ballerina. And I don’t look like a lot of the girls around me,” she said, adding that she was told she was “too muscular” and “too short.”

When Schiavocampo asked how she pushed through that kind of feedback, Copeland credited her supporters.

“So many African-American women that just came into my life and helped guide me and keep me on track …,” she said.

The support helped her to become one of the most famous dancers in the country. Just four years after her first class, Copeland was accepted by one of the top ballet companies in the world, and the entire world got to know her better when she appeared in an inspiring sportswear commercial for Under Armour.

In the ad, she showcases her classic moves while a narrator reads a typical rejection letter she had been sent.

As of Tuesday night, the ad had been viewed more than 8.8 million times on YouTube.

Schiavocampo and Copeland also chatted about other aspects of her life during the interview.

When she was asked about the last song she listened to, Copeland said it was “Blessed.”

“It’s like, [by] Big Sean and – I think that’s his name – and Drake,” she said, singing a portion of the hook from the song.

“I ate a bag of Doritos the other night with Tabasco sauce on it out of nowhere,” she said, laughing.

Her favorite show? “I love ‘Black-ish’ right now,” she said.

Heels or flats? She prefers heels.

Given the workout her feet get, her feet could probably use a break, Schiavocampo said, and Copeland agreed that they do, but added: “I love heels. I’m 5-foot-2 and I like feeling tall.”

Source: ABC News – Entertainment How Misty Copeland Made It In Ballet

When it comes to ransomware, you don't always get … END_OF_DOCUMENT_TOKEN_TO_BE_REPLACED

Peyton Carr is a financial advisor to founders, … END_OF_DOCUMENT_TOKEN_TO_BE_REPLACED