You are here: Home / Featured / Mankind will disappear in 100 days in case of a zombie invasion 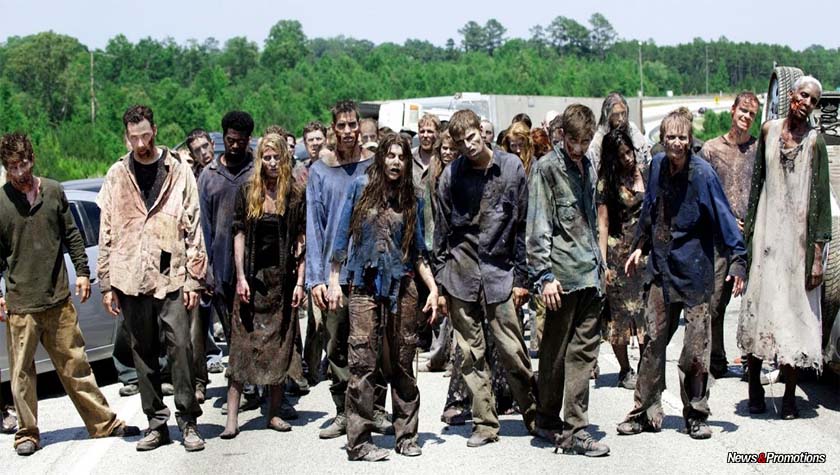 We watch the horror movies with zombies, but have we ever thought about these invasions becoming reality? A recent mathematical model shows that a zombie invasion could make the mankind to disappear in only 100 days and that a potential riposte of the survivors could be crowned with a success, only after tens of years of struggle. The study is not a fantasist one and uses key-instruments to predict the spread of an epidemic, reports futura-sciences.com. The students of the University of Leicester, UK based their study on the implementation of a mathematical model used to study the spread of the diseases, which is not at all an unrealistic, under the circumstances in which the people might be transformed into zombies through a virus.

The students started from a single man infected. Then, they estimated that each zombie could survive about 20 days and would have a 90% chances to infect another man every day. This rate of spreading would make the zombie virus twice more violent than that of the black plague, which ravaged Europe in the 14th century. In only 20 days, the planet would be in the situation of a pandemic. After one hundred days, only 181 human beings would be alive, estimate the authors of the study. In a more optimistic scenario, the British students give the humanity some chance of reaction.

They estimated that each surviving human would have a 10% chances to kill a zombie every day and they counted on the fact that the remaining population will grow. The result was that, with one year ‘hope of life’ of the ‘living dead’, the mankind would need 10,000 days to regain the control of the planet. Steven Scholzman, professor at Harvard Medical School, claims that the frontal lobe of the ‘living dead’ would be poor, what would explain why a zombie is pushed to action only by the basic emotions.

When it comes to ransomware, you don't always get … END_OF_DOCUMENT_TOKEN_TO_BE_REPLACED

Peyton Carr is a financial advisor to founders, … END_OF_DOCUMENT_TOKEN_TO_BE_REPLACED