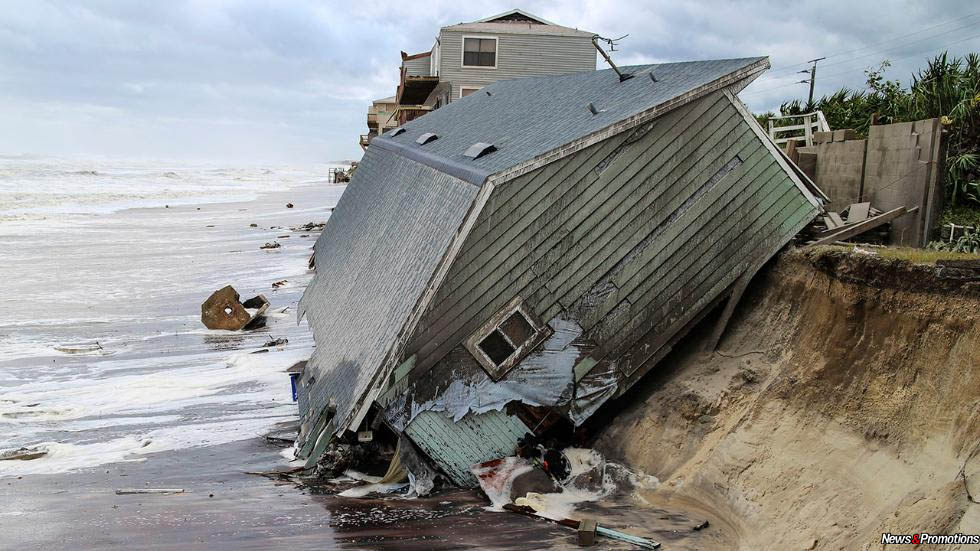 Hurricane Irma may be gone, but days of darkness, heat and hardship are just beginning in Florida.

The hurricane struck northern Caribbean islands, where it killed at least 38 people, before smashing into the US mainland over the weekend, with at least 17 storm-related deaths reported.
But that toll could climb: In Hollywood, Florida, at least six people at a nursing home died — and more than 100 others were evacuated to other facilities — after authorities were told Wednesday morning that some were in medical distress.

“(The deaths) may be related to the loss of power in the storm,” Hollywood Police Chief Tomas Sanchez said, without elaborating. Causes of death and conditions inside the facility haven’t been confirmed, but a criminal investigation is underway, he said.

Floridians could go for days without power after the storm uprooted trees and power lines, leaving about 3.8 million customers without electricity statewide in simmering temperatures. It will be around 90 degrees for parts of central and southern Florida for the next several days, with humidity making the temperature feel like it’s in the mid-90s — officials said.
The lower Keys were particularly hard hit, with first responders Wednesday still searching through wreckage.
President Donald Trump is set to make his first visit to the region Thursday to see the devastation. “I will be traveling to Florida tomorrow to meet with our great Coast Guard, FEMA and many of the brave first responders & others,” he announced on Twitter.

As Irma left Florida and marched across the Southeast, it also knocked out power in parts of Georgia, Alabama, South Carolina and North Carolina. With the sweltering temperatures, restoration of power is crucial, Florida Gov. Rick Scott said.
“After visiting shelters this week and talking to people who evacuated due to Hurricane Irma, the No. 1 thing I heard from families is that they want their power back on,” Scott said.
Customers who lost electricity on Florida’s eastern side will likely have it restored by this weekend because fewer electrical poles came down than in other parts of the state, Florida Power & Light Co. says. 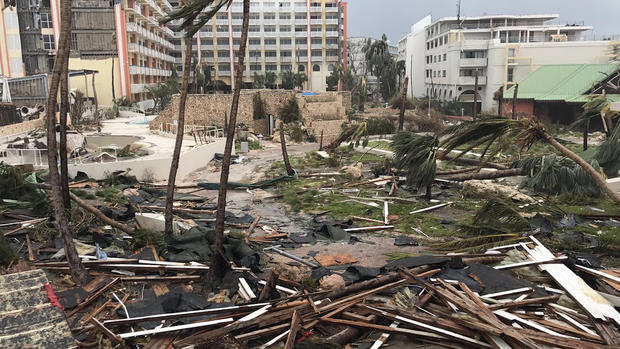 Customers on the west coast, where Hurricane Irma made landfall, will likely have power restored by September 22, according to the company.
It says it’s focusing first on restoring power at schools, hospitals and other critical infrastructure.
“It takes a long time to not only to clear the pathways to get power crews in, but also fixing the infrastructure and making sure you have the right equipment” in the areas that need fixing, Federal Emergency Management Agency administrator Brock Long said Wednesday. 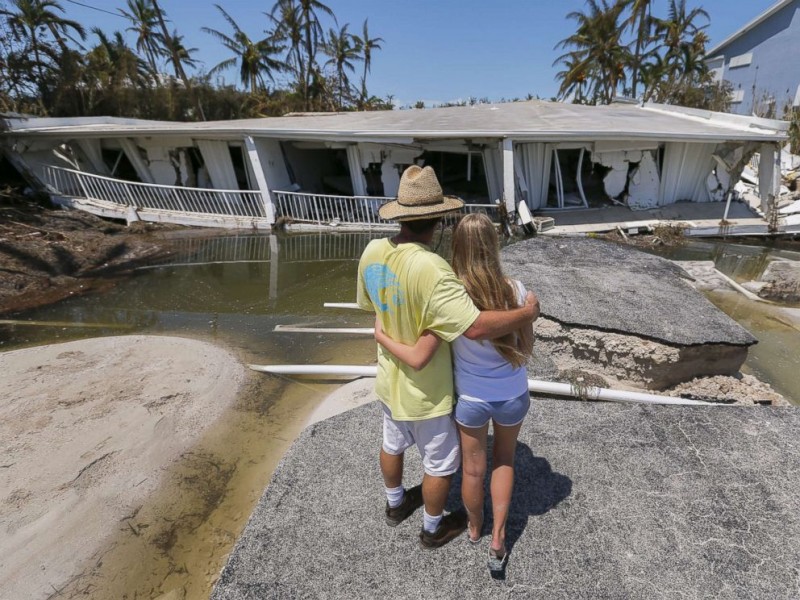 But as Floridians return home from evacuation centers to survey damage, some are imploring the utility companies to work faster.
In Islamorada in the Keys, Chris Crooks made a sign for Florida Power & Light.
“FPL please,” the sign said, with an arrow pointing to Crooks’ street. He said he’s tried to reach out to the company on social media, but his power is still out.
“Maybe somebody can see because I’ve done all the Facebook stuff and I’ve done all the apps and this and that … and they’re just ‘we’re getting to you, we’re getting to you,’ ” he said. 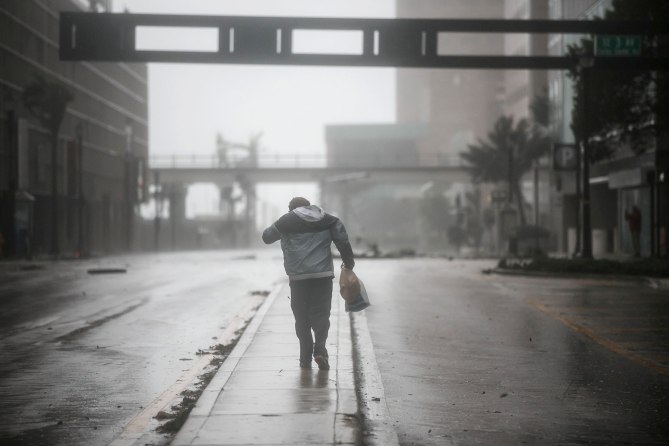 Irma cut off communication in entire neighborhoods and communities, particularly on Cudjoe Key, where the storm made landfall Sunday, and many of the other Keys. Authorities and a few residents were finally able to reach some of the Keys Tuesday.
What they found was devastating: Based on initial estimates, 25% of the houses on the chain of islands have been destroyed, the Federal Emergency Management Agency said. An additional 65% suffered major damage. 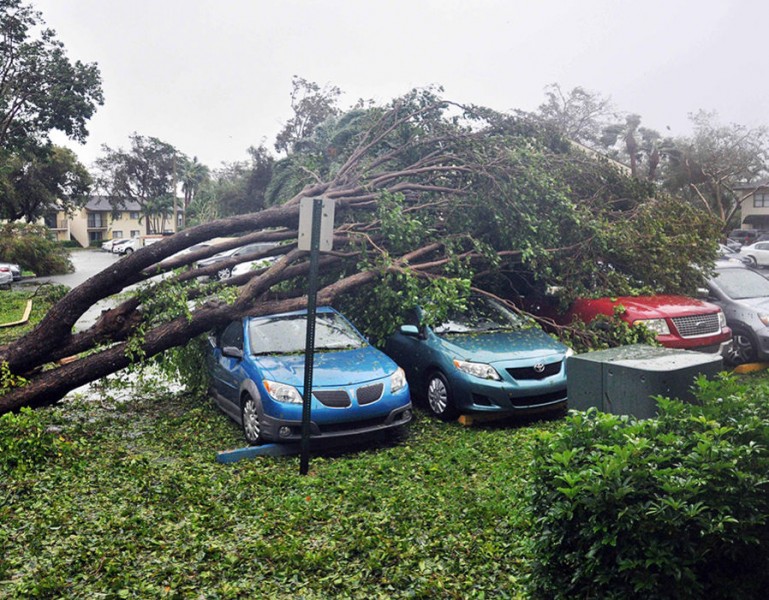 In Big Pine Key, houses were reduced to splinters. Boats were scattered across land — a reminder that streets were like rivers for hours.
Richard Tabacco stayed with his family on the island through the storm. They are all OK — he got a malfunctioning generator to work at his damaged home Tuesday — but he warns residents who evacuated to stay away.
“There’s nothing here,” he told CNN’s Chris Cuomo, who accompanied an urban search-and-rescue team, on Wednesday. “There’s no gas, there’s no water. There’s no stores. There’s no electricity. There’s no cell phone service. Just stay away for about two weeks.
“Let the first responders … do their job, and y’all can come back later.”

“Basically, every house in the Keys was impacted some way,” Long, the FEMA administrator, said.
Key West City Manager Jim Scholl told CNN the FEMA estimates might be high. The damage in his city and in his neighborhood on Cudjoe Key didn’t match those dire numbers, he said.
One of the challenges in Key West is moving debris out of roadways and fixing the water infrastructure. The area is under a boil water advisory.
“That’s why we don’t want people to, en masse, return down here to the Keys. And we certainly understand the frustration,” Scholl said. “Everyone wants to get down here and check out their homes.”
But it will be a long wait for those sifting through what’s left of their homes, especially in the oppressive heat and high humidity.

Irma, which stretched 650 miles from east to west, has pummeled at least nine states — deluging streets, knocking over trees and destroying homes along the way.
At least 17 storm-related deaths have already been reported on the US mainland, according to local officials:
— Florida has reported 12 deaths, Alberto C. Moscoso, a spokesman for Florida Division of Emergency Management, said Tuesday evening.
— Georgia had three deaths. A 62-year-old man who was on his roof was killed in Worth County, which experienced wind gusts of 69 mph. Another man was killed in Sandy Springs when a tree fell on his house. And a woman was killed when a tree struck her vehicle in Cumming.
— South Carolina had two deaths. A 57-year-old man was struck by a tree limb during the storm. State emergency officials said a driver with a Florida license plate also died from the storm but did not give details.

Flights, hospitals will be back online
While the Keys have an exhaustive recovery ahead, signs of normalcy have begun popping up elsewhere in Florida.
Some airports reopened with limited operations Tuesday.
And Florida Hospital, a health provider in the state, said it would reopen many of its affected facilities on Tuesday or Wednesday.
How to help Hurricane Irma victims
This is the first time on record that the continental United States has had two Category 4 hurricane landfalls in the same year. Last month, Hurricane Harvey devastated much of coastal Texas and killed more than 70 people.

When it comes to ransomware, you don't always get … END_OF_DOCUMENT_TOKEN_TO_BE_REPLACED

Peyton Carr is a financial advisor to founders, … END_OF_DOCUMENT_TOKEN_TO_BE_REPLACED