You are here: Home / Entertainment / In The Wake Of Tomorrowland’s Failure, Disney Kills Tron 3 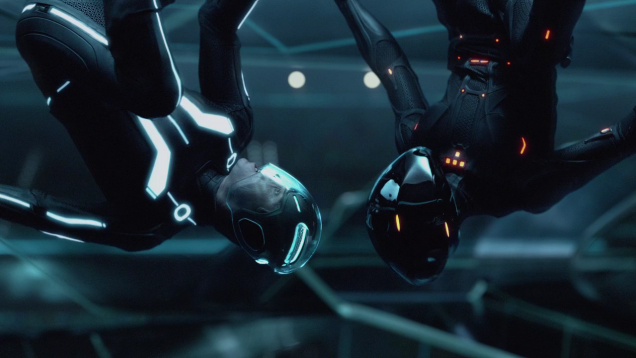 Disney has officially powered down Tron 3. Last night, The Hollywood Reporter broke the news that the company has decided to halt preparations for the third film in the cyberpunk franchise. The move comes just a week after Tomorrowland pulled in a disappointing Memorial Day weekend box office.

Earlier this year, word broke that Disney was preparing production for a sequel to 2010’s Tron: Legacy, with director Joseph Kosinski expected back in the director’s chair. Actors Garrett Hedlund and Olivia Wilde were expected to reprise their roles as Sam Flynn and Quorra, respectively. Tron: Legacy, with a Cillian Murphy cameo and an ending which saw Quorra and Sam being rematerialized in the real world, certainly left the door open for a follow-up — even as it received mediocre reviews from critics.

Since the film’s release, Disney has had trouble booting up an audience for Tron. In 2012, an animated prequel, Tron: Uprising, starring Elijah Wood, Mandy Moore and Bruce Boxleitner aired on Disney XD, lasting only 19 episodes before going off the air.

Despite this development, insiders noted that the project could resurface at some point in the future, once Disney has completed some of its other, high profile live-action projects such as The Jungle Book, and Beauty and the Beast. Part of the problem, they claim, is that Disney simply has no room on its schedule for a Tron sequel in the next several years. More likely, however, the poor performance of Tomorrowland has put caused a halt to Disney’s riskier live-action science fiction offerings.

The real loss from this? The fact that this news means we’re likely not going to get another fantastic Daft Punk soundtrack.

When it comes to ransomware, you don't always get … END_OF_DOCUMENT_TOKEN_TO_BE_REPLACED

Peyton Carr is a financial advisor to founders, … END_OF_DOCUMENT_TOKEN_TO_BE_REPLACED