You are here: Home / Automotive / The industrial robots, from 1.8 million now to 2.6 million in the next 3 years 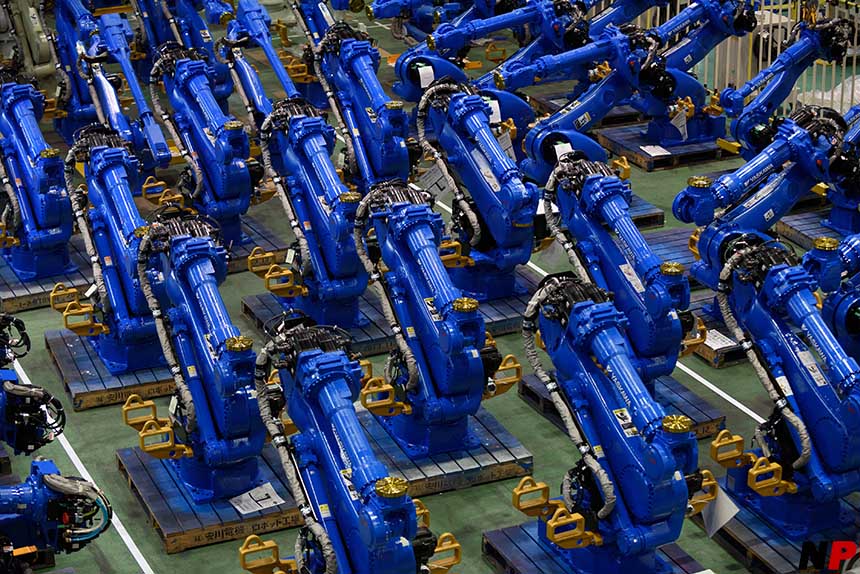 The technology already plays a major role in the industrial sector, at present there are 1.8 million industrial robots and in three years the number will go up to about 2.6 million, according to the Global CEO Survey 2016. The leaders of the business take these changes into consideration and integrate them into their strategy. According to the PwC poll, 77% of the executives believe that the technological progress is the mega trend that will transform the most the way in which the companies interact with all the interested parts (stakeholders). The technology can reduce the costs and increase the effectiveness. The robotics can help the companies having a better use of the capital and an increase of the margins. According to Global CEO Survey 2016, the demands for traditional forms of investments, could also increase. Also, the price of the goods and services may decrease or increase in a slower rhythm, in the case in which the companies transfer these productivity gains to consumers through lower prices, which it should be as long as the markets are competitive.

However, in other areas, the automation may present a greater threat to the number of jobs, although the extent of this threat varies. According to a work signed by Carl Benedikt Frey and Michael Osborne (2013) it is estimated that approximately 47% of the actual jobs in the USA are exposed to risk in the following two decades, compared to a OCDE study, which places the number at only 9%. Digital technology creates new jobs, too, so the effect is not entirely negative, according to PwC. The most of the business leaders believe that it is expected that the technological progress to transform their sector of activity. In the G7 group economies, the real expenditures of the households remain below the level of the pre-crisis period in Great Britain and Italy.

When it comes to ransomware, you don't always get … END_OF_DOCUMENT_TOKEN_TO_BE_REPLACED

Peyton Carr is a financial advisor to founders, … END_OF_DOCUMENT_TOKEN_TO_BE_REPLACED