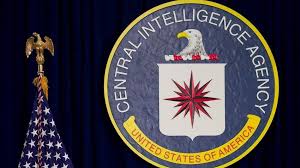 Twitter has blocked U.S. intelligence agencies from accessing Dataminr, a social media tool that sends out real-time alerts based on an algorithm that includes keywords and geotags, according to a report on Sunday night from the Wall Street Journal.

Twitter owns a 5% stake in Dataminr, which is used by many media organizations (including Mashable) to track breaking news around the world.

As for why Twitter has blocked intelligence agencies from now accessing the tool, the WSJ reports:

Dataminr executives recently told intelligence agencies that Twitter didn’t want the company to continue providing the service to them, according to a person familiar with the matter. The senior intelligence official said Twitter appeared to be worried about the “optics” of seeming too close to American intelligence services.

The intelligence community’s obsession with monitoring social media is hardly new. Recently, the CIA’s venture capital firm, In-Q-Tel, invested in dozens of tech firms creating tools for investigating social media data, of which Dataminr was reportedly a recipient, affording the agency access to the tool.

And, according to Twitter’s own transparency report, the U.S. government’s number of data requests from the social media platform saw a 65% increase in the final six months of 2015 compared to the same time period in 2014.

In a statement to the WSJ, Twitter said, “data is largely public and the U.S. government may review public accounts on its own, like any user could.”

The WSJ reports cites a source as saying that Twitter told Datamnir to cut intelligence agency access when the trial program via In-Q-Tel ended recently.

One U.S. agency that still has access to the tool, though, is the Department of Homeland security.

This is just the latest in a string of battles between tech companies and the federal government. Most recently, Apple and the FBI faced off over access to an iPhone owned by one of the San Bernardino shooters. The FBI eventually backed down when they used a third party to access the phone.

When it comes to ransomware, you don't always get … END_OF_DOCUMENT_TOKEN_TO_BE_REPLACED

Peyton Carr is a financial advisor to founders, … END_OF_DOCUMENT_TOKEN_TO_BE_REPLACED