You are here: Home / Business / iPhone 7 Announced as the best iPhone ever created 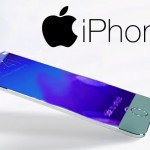 Tim Cook, the Apple CEO announces that iPhone 7 is the best iPhone created so far. Expected to be launched in September 2016, this new iPhone will come in two versions: iPhone 7, that will cost $649 and iPhone 7 Plus, that will cost $769. The two versions come with numerous news such as: resistance to water and dust (with the IP67 certification), stereo speakers, a new video camera of 12 megapixels, a dual camera system for the iPhone 7 Plus, a new LED True Tone flash with 4 LED, a new image processor, a longer life for the battery. More, the headsets will get connected through the Lightning port – a set is provided on the purchase of the device, plus an adapter for the 3.5 mm jack. Other news about iPhone 7 and iPhone 7 Plus refers to their colors: rose gold, silver, golden, black and jet black.

The new iPhone comes with 32GB, 128 GB and 256GB storage devices. The new iOS 10 operating system is also improved. Siri has major improvements, becoming more clever. She will be able to write out the vocal messages and to make the image research. Apple music gets more intuitive. The iTunes is back including the Recently Played and the Recently Added functions. More information on the For You and Browse area are brought, as well as daily playlists, tops and radio. The HomeKit application can be used to control some domestic gadgets such as the regulation of the thermostat’s temperature and the garage door. Apple also launches a new subscribing modality for the Apple device users to be able to read with Apple News all the news shared by the media sources which they subscribed to. Apple Maps is more proactive, being able to correlate the calendar with the places that you set and in which you should be at that data.

When it comes to ransomware, you don't always get … END_OF_DOCUMENT_TOKEN_TO_BE_REPLACED

Peyton Carr is a financial advisor to founders, … END_OF_DOCUMENT_TOKEN_TO_BE_REPLACED