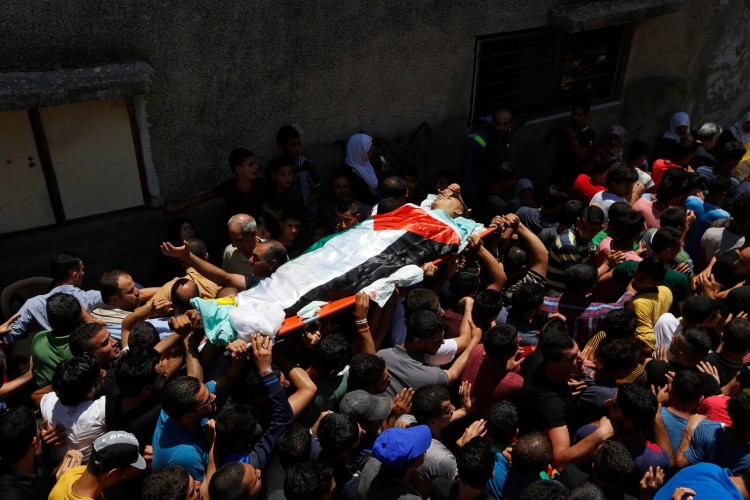 A young Palestinian man was shot and killed by Israeli troops during an operation in a West Bank town early Wednesday, the Israeli military said. A military spokeswoman said the man, Mohammad Alawna, 20, was shot as Palestinian youths hurled rocks at Israeli forces conducting an arrest raid in Burkin, a farming town.

She spoke on the condition of anonymity in line with military regulations.

The spokeswoman said that Israeli forces ordered the demonstrators to stop throwing stones, and that when they did not, the troops opened fire. Mr. Alawna was shot in the chest and stomach and died of his wounds, said Mohammad Abu Ghali, director of Jenin Hospital, where the young man was taken.

A neighbor of Mr. Alawna’s, Ali Qasrawi, said that Israeli forces had created an uproar in Burkin as they moved through the town, searching for wanted suspects, and that some youths responded by hurling rocks at them. Mr. Qasrawi said that, typically, Israeli forces quickly entered and withdrew from Burkin during their raids, to avoid such disturbances.

He said that Mr. Alawna’s uncle was killed in a similar episode two decades ago.

When it comes to ransomware, you don't always get … END_OF_DOCUMENT_TOKEN_TO_BE_REPLACED

Peyton Carr is a financial advisor to founders, … END_OF_DOCUMENT_TOKEN_TO_BE_REPLACED