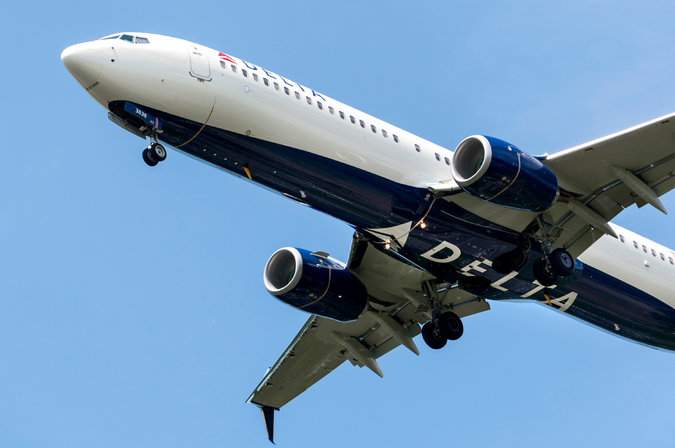 When Josh Marion had to book a last-minute business trip to New York, he knew the plane ticket wouldn’t be cheap. A loyal Delta flier, he went to TripAdvisor, which lists flights from many airlines, to compare Delta’s price against those of its rivals. He hit a wall. “The fare wasn’t even there,” he said.

Indeed, Delta pulled that information from TripAdvisor last year. It did the same for a number of European online travel agencies this year, saying that they did not have permission to use its data.

This is just what Delta would like to see more of, experts say. Airlines are increasingly pushing and prodding travelers to book flights through their own websites, where they can sell more services like in-flight entertainment and add-ons like hotel reservations. They also bypass paying a commission to websites that book plane tickets.

For consumers, this means that the hunt for the lowest fare has become more difficult as the number of places where they can comparison-shop has dropped. In many cases, they just give up.

Already, travelers typically use three or four sites when shopping for a flight, according to Phocuswright, a travel market research firm. “The number goes up for your more price-sensitive travelers,” said Douglas Quinby, vice president for research.

“Consumers are going to go to the price-comparison sites and thinking they’re comparing prices, but they’re not,” said Fiona Scott Morton, an economics professor at Yale, who conducted a study for the Travel Technology Association, a trade group representing air travel sites, asserting that the airlines hurt competition when they cut independent distributors out of the loop.

Experts say airlines’ evolving distribution strategy is another outgrowth of a consolidated airline industry, where customers now face additional charges for just about everything except using the bathroom.

Last week, Lufthansa took an even more extreme step when it announced that starting in September it would charge passengers roughly $18 for the option of booking plane tickets through third-party sites. To avoid the fee, passengers must book the ticket through Lufthansa-owned channels.

As recently as a few years ago, that would have been hard to imagine. Only one prominent carrier, Southwest Airlines, has booked tickets predominantly through its own site. But that could change if other carriers see an appeal to Lufthansaâs strategy.

“Having a greater degree of freedom in their sales activities, to the benefit of their customers, is probably something every airline advocates,” Mr. Siebenrock said.

Analysts say this push is fraying a certain sort of compact that arose with the Internet age: Fare information was widely disseminated, available for comparison, but travelers would make the arrangements themselves.

“They’re just making a very calculated decision,” Mr. Quinby said of the airlines. “I think the reason why they haven’t yet pulled out of the major O.T.A.s - online travel agencies - is because of the market power.” Expedia’s purchase of Travelocity and Orbitz this year, he added, was “a hedge against the growing power of airlines.”

The airlines say that they still offer travelers plenty of ways to shop, and that their fare and schedule information is still available on the big online agency and comparison sites like Expedia and Kayak.

Delta, for one, is unapologetic.

“Delta reserves the right to determine who it does business with and where and how its content is displayed,” a company spokesman said in an email, adding that the carrier continued to work with a limited number of online partners.

Both sides in this tug of war have a case to make.

“The airlines absolutely want fliers as much as possible to come to their own website,” Mr. Quinby said

There are two financial advantages: Airlines want to be able to offer their own fare packages, bundles and add-ons like extra legroom and in-flight entertainment.

“The more that the airlines can get the fliers to book on their own sites, the more opportunity the airlines have to engage with those travelers,” Mr. Quinby said.

In the industry, that is called the upsell. “Where a significant portion of Delta’s profits come from is ancillaries after you buy the basic transportation,” said Max Rayner, a partner at Hudson Crossing, a travel industry consulting company. “That’s one big reason for Delta to be hellbent on denying access.” Last quarter, for example, Delta’s extra revenue from everything from baggage fees to merchandising rose 27 percent - an extra $50 million.

Airlines also want to avoid paying fees of around $5 to $12 a ticket when fliers make third-party bookings. Lufthansa said that its new fee was being levied only on booking channels where the carrier’s own costs have gone up.

The third-party players, for their part, want to present a transparent website that lets travelers make an apples-to-apples comparison on flights. At some websites, airlines are a loss leader. The sites make money by earning commissions from hotel bookings, but the flights help lure the customer in the first place.

If it’s too difficult for travelers to figure that out, they will relent and go directly to their preferred airline’s website, said Bryan Saltzburg, general manager of TripAdvisor Flights.

“Imagine a world where you have to download six or seven apps just to book a flight,” he said. “It’s already hard enough.”

Some experts say a bigger problem in the airline industry is the dwindling competition that consolidation has wrought.

“There’s clearly a competition problem in the airline industry,” said Severin Borenstein, a professor at the University of California, Berkeley’s business school. “The fundamental problem is that airlines don’t have enough competition among airlines and enough flights and enough incentive to expand their capacity.”

For Mr. Marion, the hassle of searching for the lowest fare ultimately proved too much. “I ended up booking it through Delta’s website,” he said. “I did pretty much exactly what Delta wanted me to do.”

When it comes to ransomware, you don't always get … END_OF_DOCUMENT_TOKEN_TO_BE_REPLACED

Peyton Carr is a financial advisor to founders, … END_OF_DOCUMENT_TOKEN_TO_BE_REPLACED