You are here: Home / Business / James Clapper assures Trump that the National Intelligence has no leaks 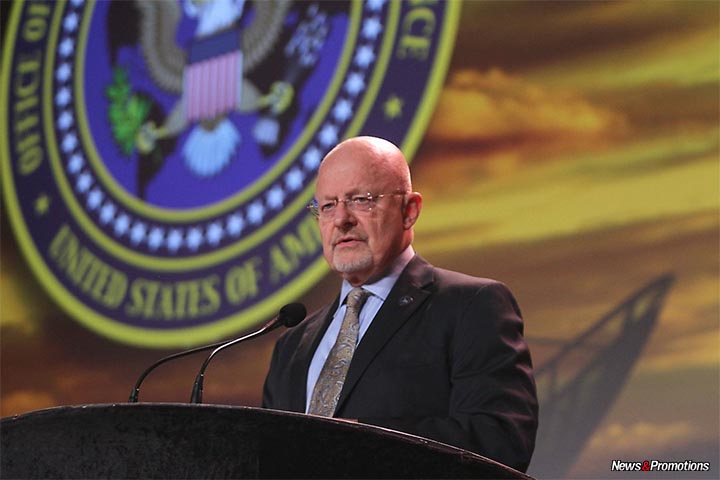 The director of National Intelligence, James Clapper, sent to the elected president Donald Trump his ‘profound dismay’ after the leak in the press of a document regarding the suspected connections of Trump with Russia and gave assurances that his services were not the cause of the text and of its spreading, informs the AFP. According to the Russian press, a former agent of the British secret services would be the author of this report, on which the heads of the American information services have informed the President Barack Obama and the elected President Donald Trump, at the end of the last week. James Clapper stated in a press release that he talked with Donald Trump about such information about a connection between the elected president and Kremlin, as well as about the existence of a video with prostitutes, which was filmed by the Russian services for the purpose of blackmail.

‘This evening, I have had the opportunity to speak with President-elect Donald Trump to discuss recent media reports about our briefing last Friday. I expressed my profound dismay at the leaks that have appearing in the press and we both agreed that they are extremely corrosive and damaging to our national security’, said Clapper. Donald Trump has shown his anger in a press conference regarding the ‘false information’ from the mass-media on any secret connections with Moscow and criticized the American services, asking whether they were on the basis of these leaks.

Clapper gave assurances that he told the elected president that it is unlikely that the American secret services to have been at the origin of the information in the press. He added that ‘The IC has not made any judgment that the information in this document is reliable, and we did not rely upon it in any way for our conclusions.’

When it comes to ransomware, you don't always get … END_OF_DOCUMENT_TOKEN_TO_BE_REPLACED

Peyton Carr is a financial advisor to founders, … END_OF_DOCUMENT_TOKEN_TO_BE_REPLACED