You are here: Home / Business / James Franco is the new member of the ‘Alien: Covenant’ distribution 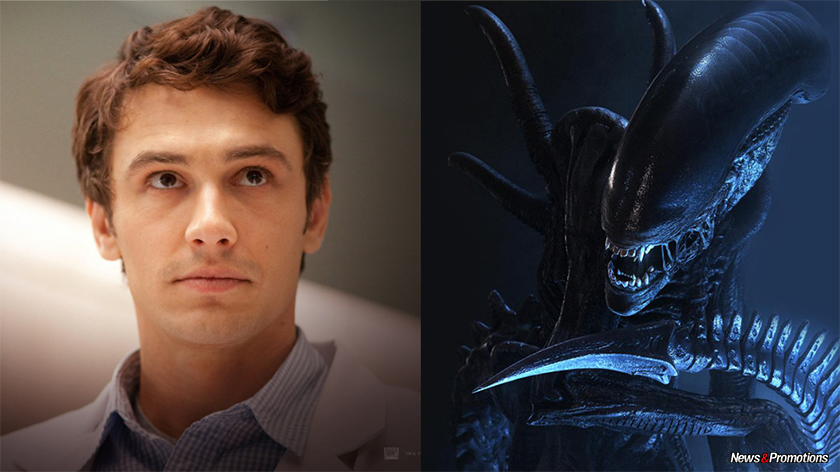 The actor James Franco joins the distribution of ‘Alien: Covenant’ directed by Ridley Scott, a sequel of the production Prometheus reports the Variety magazine, in its online edition. Franco joins Guy Pearce, Noomi Rapace and Michael Fassbender, who take back their roles in Prometheus, but also to the newcomers in this project: Danny McBride, Billy Crudup, Demian Bichir and Katherine Waterston. The film made after a scenario of John Logan, Jack Paglen and Michael Green, tells the story of the journey of the colony ship Covenant, which heads toward an isolated planet from a distant area of the galaxy. The crew discovers something that seems to be an unknown paradise which proves to be a threatening dark world, in which the only inhabitant is the android David (Fassbender), a survivor of the condemned expedition Prometheus.

The film is the sixth in the franchise ‘Alien’ and would be launched in cinemas on May 19, 2017, three months earlier than it was initially scheduled by the Fox Studios. The action of the ‘Prometheus’ movie takes place in the last part of the 21st century, with about 30 years before the one from the film ‘Alien’, launched in 1979 by Ridley Scott and the first in a series with the same name. ‘Prometheus’, that generated the incomes of 403,3 million dollars in the whole world, tells the journey of Prometheus spaceship’s crew, which finds on a planet the remains of the weapons developed by an advanced civilization that could damage the human race.

The original movie ‘Alien’, in which the leading role was held by Sigourney Weaver was followed by another three, in 1986, 1992 and 1997. The shootings of ‘Prometheus’ begun on April 4, 2016 at Milford Sound, from the Fiordland National Park, New Zealand and had a budget of 200 million dollars.

When it comes to ransomware, you don't always get … END_OF_DOCUMENT_TOKEN_TO_BE_REPLACED

Peyton Carr is a financial advisor to founders, … END_OF_DOCUMENT_TOKEN_TO_BE_REPLACED