You are here: Home / Business / Japan wants to offer an Akita Inu dog to Putin 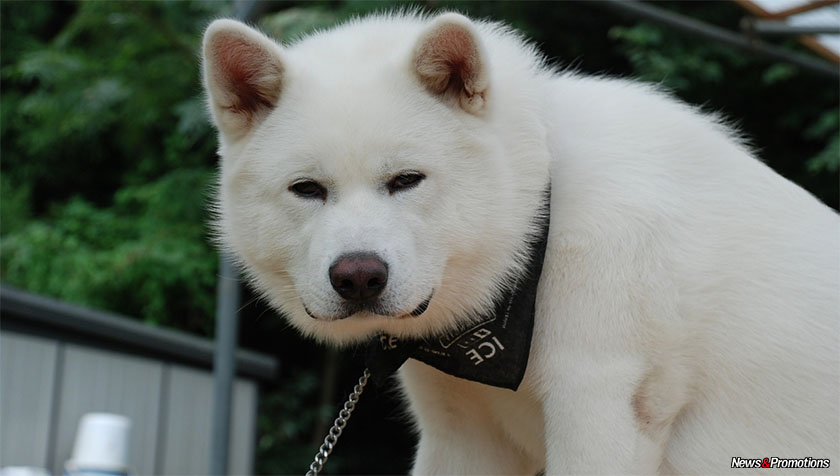 Tokyo, the capital of Japan, intends to offer to the Russian president Vladimir Putin an Akita Inu dog, as a proof of the friendship between the two countries, on the occasion of the visit that the Kremlin leader will have in Japan in the days of December 15 and 16, informs the government’s spokesman, Yoshihide Suga, quoted by the Japanese agency Kyodo. ‘We are discussing the idea (with Moscow), but we have not yet received a positive response’, said Yoshihide Suga during a meeting in Tokyo with people who militate for the protection of the Akita breed dog. In July 2012, the administration of the Akita prefecture made a gift to Putin, known as a great lover of dogs, a pup of the Akita breed as a way of expressing the gratitude for the support given by Russia to the areas that were the most seriously affected by the earthquake from March 2011 and by the devastating tsunami that followed.

The puppy, a female Akita In, was named Yume, which in Japanese means ‘dream’, and was present at the summit of 2014 in Soci, Southern Russia, between the Japanese premier Shinzo Abe and Vladimir Putin. ‘We hope that an Akita dog will contribute to the creation of a bridge between Japan and Russia in the spirit of the friendship, when mister Putin will visit Japan’, stated Takashi Endo, who runs the association for the protection of the Akita dogs. Akita Inu is a dog breed originating in the Honshu Island. Its name comes from the one of the Akita Prefecture, situated in the North-West part, where it was established that the first dogs appeared, created with the goal of participating at the big animals (like wild boars and bears) hunting. The DNA analyses place these dogs among the oldest domesticated breeds.

When it comes to ransomware, you don't always get … END_OF_DOCUMENT_TOKEN_TO_BE_REPLACED

Peyton Carr is a financial advisor to founders, … END_OF_DOCUMENT_TOKEN_TO_BE_REPLACED