You are here: Home / Sports / JJ Watt Sacks Twitter Troll with A+ Burn 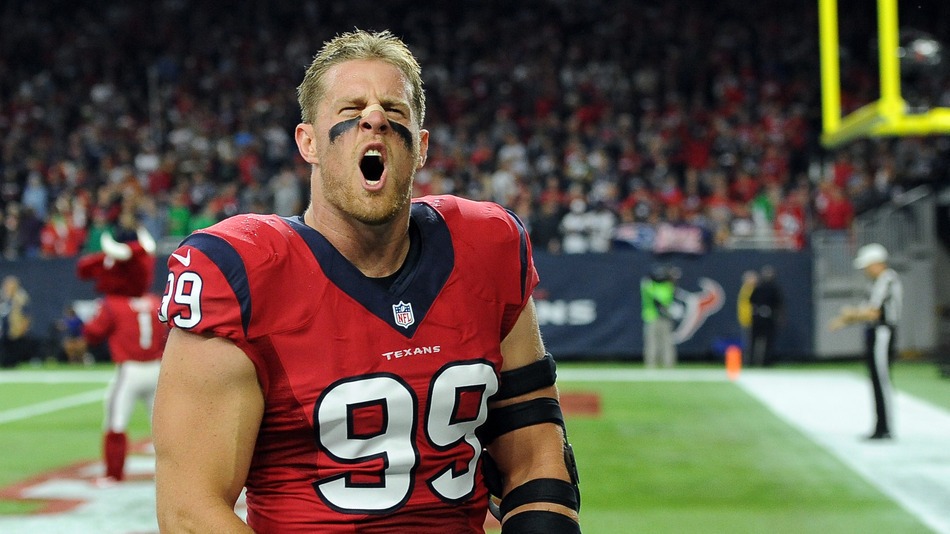 NFL superstar JJ Watt simply will not quit with his unrelenting assault upon the vapid Internet culture that permeates the post-modern hellscape in which we all now reside. Having already mocked Internet slang and selfies, Watt more recently trained his gaze upon a new target: A collective attitude that pooh-poohs effort and earnestness in favor of snark and irony.

After his Houston Texans beat the Tennessee Titans on Sunday, Watt tweeted a message reflecting on the squad’s journey to the top of the AFC South.

Hasn’t always been pretty and there’s definitely been some adversity, but we’ve always done it together. Another great TEAM win today.

To which one wiseacre couldn’t resist a sneering response.

@JJWatt your such a try hard

Now, before we go on, it’s worth noting two things:

But Watt doesn’t need someone else to defend him. Here is his perfect response to the rude reply.

Well, it got me to the league, got me and got my family taken care of. But you do you with your non-tryin self. https://t.co/cx0XOVZadQ

Pretty much. The lesson, for your kids at home? Don’t be afraid to try hard. It’s working out pretty well for JJ Watt — and many others.

When it comes to ransomware, you don't always get … END_OF_DOCUMENT_TOKEN_TO_BE_REPLACED

Peyton Carr is a financial advisor to founders, … END_OF_DOCUMENT_TOKEN_TO_BE_REPLACED