You are here: Home / Sports / John Krahn is the Biggest Football Player, Ever 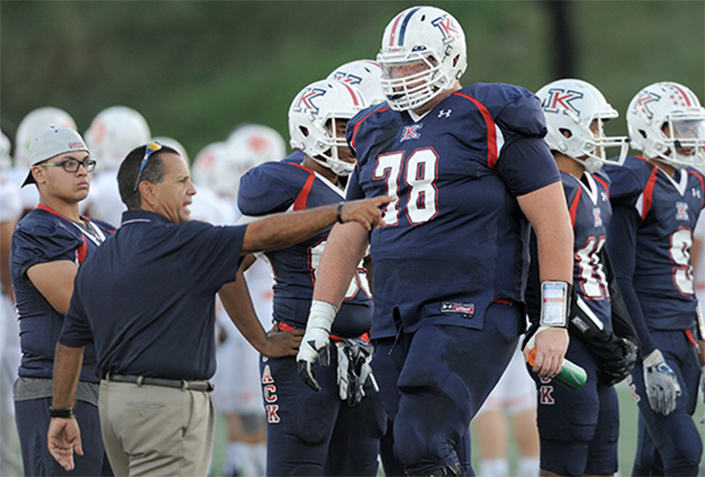 Standing at 7-feet-tall, and weighing in at a whopping 400 pounds, John Krahn is starting to gain the nation’s attention.  With only a few years of football under his belt, Krahn has a lot to improve on, but at the same time is starting to get the attention of college recruiters.

To date, the tallest player in the history of the NFL was 6-foot-10, 255 pound tight end, Morris Stroud.  Stroud played for the Kansas City Chiefs during the early 1970’s.

If Krahn is able to work on his issues and improve his game he can put himself in the position to break records as the largest football player to where an NFL jersey.

With a positive mind and attitude, Krahn definitely shines with excitement and love for the game.

Krahn received a good response at a USA football camp, so it will be exciting to see how things pan out for him as his football career continues.

When it comes to ransomware, you don't always get … END_OF_DOCUMENT_TOKEN_TO_BE_REPLACED

Peyton Carr is a financial advisor to founders, … END_OF_DOCUMENT_TOKEN_TO_BE_REPLACED