You are here: Home / Entertainment / Jon Snow Is Really a Hipster 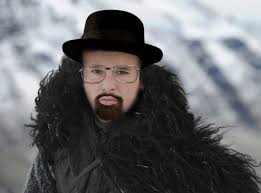 After almost a year of telling us we were all crazy for thinking Jon Snow (Kit Harington) might not really be dead, Game of Thrones brought Jon Snow back from the dead in the second episode of season six, allowing Twitter to finally breathe a collective sigh of relief. But he may not be the Jon Snow we all know and remember, and he won’t be rocking the hair we all know and covet.

In an interview about his resurrection and how it was kept under wraps, Harington revealed he’ll be sporting a new hairstyle for the rest of season six. “We cut it much shorter for this season, and do a different hairstyle this season and put it up in a bun,” he told EW.

Yes, Jon Snow will be sporting a man bun, and we can’t say we’re mad about it. But we couldn’t help but picture Jon with other styles as well, like The Rachel, Felicity’s infamous chop or Walter White’s Heisenberg get-up. Oh, the wonders of Photoshop and the delights of having a little too much free time on your hands.

Game of Thrones airs Sundays at 9 p.m. on HBO.

When it comes to ransomware, you don't always get … END_OF_DOCUMENT_TOKEN_TO_BE_REPLACED

Peyton Carr is a financial advisor to founders, … END_OF_DOCUMENT_TOKEN_TO_BE_REPLACED