You are here: Home / Entertainment / Katy Perry Stands By Her Man, Orlando Bloom 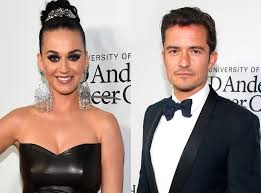 Katy Perry is choosing to take the high road when it comes to addressing the latest rumors about her boyfriend, Orlando Bloom, and Selena Gomez. Bloom and Gomez were seen hanging out together in Las Vegas in the wee Saturday morning hours following the former Disney star’s first concert on her Revival tour.

And while photos seemed to show the two getting very up close and personal at an after party in Sin City, Perry hasn’t been seen until today.The Grammy winner was spotted driving in Los Angeles and wearing headphones as she made her way through town.

The “Dark Horse” singer took to Twitter to address the past weekend’s photos head-on for the first time as well. “Instead of giving energy & eyeballs to dumb conspiracy, check out how cool this is,” she wrote before posting a link to a Time article about Bloom’s charity work in eastern Ukraine.The actor, who is also a UNICEF goodwill ambassador, documented his recent trip and his experience visiting children in the crisis-stricken town of Slovyansk.But that’s not all that Perry tweeted…hours before her Bloom-directed message, she posted a video of Peggy Lee’s “Is That All There Is?” which left fans guessing whether or not she was hinting at the recent drama.

But speculation aside, it’s clear that Perry is standing by her man.

When it comes to ransomware, you don't always get … END_OF_DOCUMENT_TOKEN_TO_BE_REPLACED

Peyton Carr is a financial advisor to founders, … END_OF_DOCUMENT_TOKEN_TO_BE_REPLACED