You are here: Home / Business / Khloe Kardashian and Lamar Odom are officially divorced 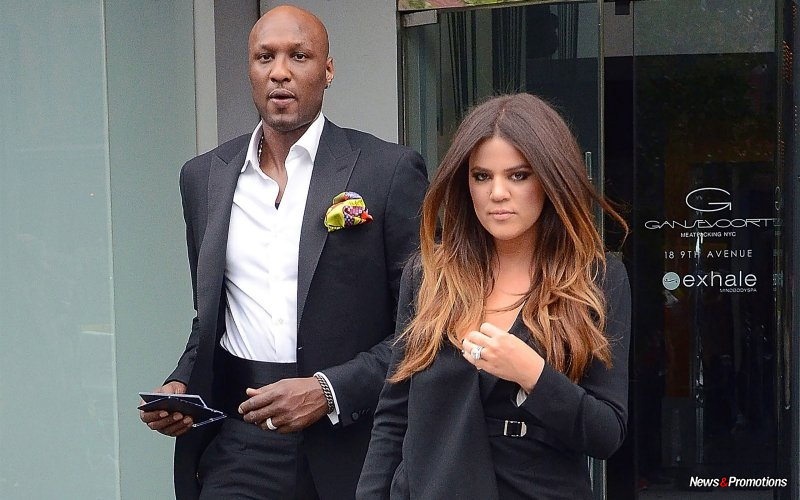 The divorce between Khloe Kardashian and Lamar Odom has been finalized, according to ET.
Their divorce was officially granted on Friday, by a judge, and the marriage will officially end on December 17. The famous former couple signed the divorce papers in October. The reality show star Khloe Kardashian, 32 years old, will give up on the Odom name and none of them will get spousal support. Both Kardashian and Odom will pay the attorney’s fees. Both of them will get 50% of the Khlomar, a company they founded in 2009, but after the settling of the business with the company, it will be dissolved. Khloe got the house from Calabasas, California. The former couple had a prenuptial agreement dating from October 20, 2009, at one month after the marriage but this new agreement brought new decisions.

Khloe Kardashian filed for divorce for the very first time on December 13, 2013, when she was already separated from Odom for months. They signed the papers in July 2015 but the former basketball player was found unconscious in a brothel from Nevada, in October, when the documents hadn’t got the judge’s approval. Khloe withdrew the divorce petition and took the medical decision in her ex-life partner’s behalf. During that time, when Odom was hospitalized, Kardashian stated that she and Lamar had no reconciliation. In May 2015 she re-filed the papers for divorce. In these new papers is noted that the two stars had no different relationship since their separation from December 2013. After Odom felt better, he and Khloe remained friends, although she continued the relationship she had with James Harden, the star of the Houston Rockets.

Their relationship lasted several months more. Now, the reality show star has a relationship with Tristan Thompson, from Cleveland Cavaliers that has been lasting from July.

When it comes to ransomware, you don't always get … END_OF_DOCUMENT_TOKEN_TO_BE_REPLACED

Peyton Carr is a financial advisor to founders, … END_OF_DOCUMENT_TOKEN_TO_BE_REPLACED