You are here: Home / Entertainment / Kim Kardashian Open to Mobile Game with Kanye 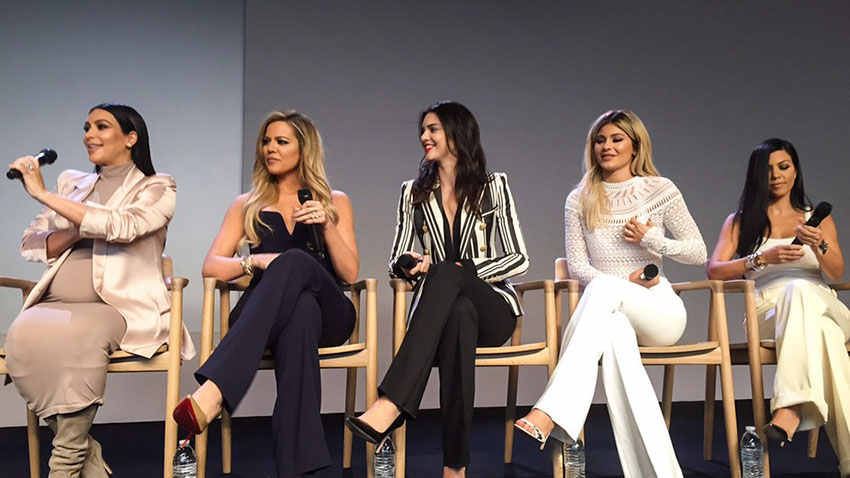 Taking a short break from New York Fashion Week this week, Kim Kardashian takes a seat in a private room on the top floor of Apple’s SoHo location in New York City. For the first time in years, she’s just joined all four of her sisters for a public appearance around the launch of their new apps.

Dressed in a beige blazer, suede boots and a dress snug enough to reveal the expectant mother’s growing baby bump, it was a big moment for the reality star. On the heels of her Kim Kardashian: Hollywood app’s runaway success — it brought in $1.6 million in the first five days alone — this is her second foray into the mobile space and she’s already established herself as a savvy mobile businesswoman.

Amid screams from fans in the audience, she detailed her latest venture: A beauty-focused app and website appropriately called Kim Kardashian West that give fans an up-close look at her life and lifestyle. She intends to use the platform to knock down rumors, post make-up tutorials, photos and selfie tips.

But she wasn’t the only Kardashian sister to launch new platforms; sisters Khloe and Kourtney, as well as half-sisters Kendall and Kylie Jenner, launched initiatives based on their interests. Khloe’s app is all about fitness, Kylie’s platform will include an exclusive radio playlist and Kendall’s effort focuses on her modeling and style. Kourtney’s app hasn’t yet been launched, but she said at the event it will take a curated approach and include design tips. You can check out all of the apps, click over at iTunes.

When it comes to ransomware, you don't always get … END_OF_DOCUMENT_TOKEN_TO_BE_REPLACED

Peyton Carr is a financial advisor to founders, … END_OF_DOCUMENT_TOKEN_TO_BE_REPLACED