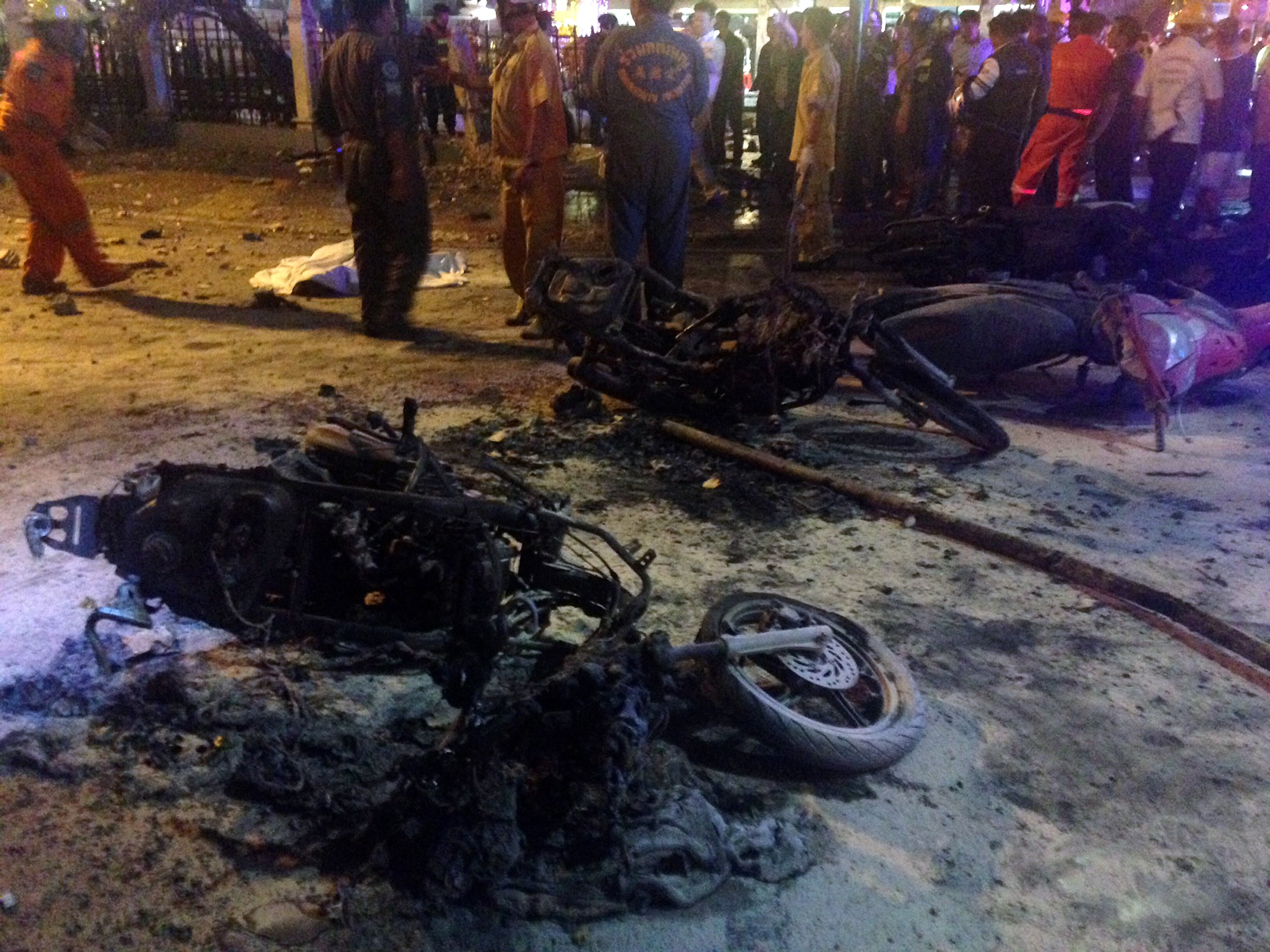 A bomb rocked the commercial hub of Bangkok, Thailand, during the evening rush hour on Monday, according to media reports. Reuters reported that at least 12 people were dead, according to police and a rescue worker. Local TV and the BBC quoted police as saying the blast was caused by a bomb.

The explosion appears to have gone off in front of the Erawan Shrine, a Hindu shrine that is popular with tourists and locals,  the Associated Press reported.

The broadcaster said its correspondent at the scene said there are “body parts scattered everywhere” and a crater, indicating a bombing, which is rare in the city. People near the shrine were hit by the “full force of the blast,” the BBC reported, Burned motorbikes could be seen in the road.

“All I can say now is there has been an explosion in central Bangkok involving a motorcycle bomb,” deputy national police chief Aek Angsananond told Reuters.

The explosion happened at the Rajprasong intersection, the center of many political demonstrations in recent years, according to the AP.

“There are body parts strewn in the intersection,” Voice of America’s Steven Herman told CNN.

When it comes to ransomware, you don't always get … END_OF_DOCUMENT_TOKEN_TO_BE_REPLACED

Peyton Carr is a financial advisor to founders, … END_OF_DOCUMENT_TOKEN_TO_BE_REPLACED