You are here: Home / Entertainment / Le Bron James is a supporter of the Colin Kaepernick’s protest, but will not imitate his gesture 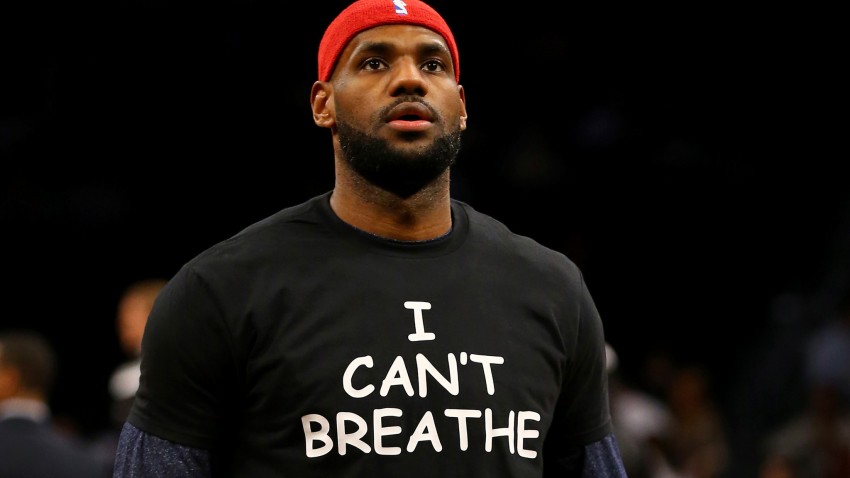 The North-American basketball superstar LeBron James is a supporter of the protest started by Colin Kaepernick but he will not do the same thing. The player of Cleveland Cavaliers stated that he supports the protest of the American football player Colin Kaepernick regarding the racial injustices, but he also added that he will not imitate the gesture made by the player, of kneeling when the USA hymn is sung, according to Reuters. LeBron James said that he is for anyone-sportive or not- who express in a peaceful way, what he thinks and this is exactly what Kaepernick does and he respects that thing. He said that he will stand up when the national hymn will be sung.

He also added that this is what he thinks and that it doesn’t mean he is not agreeing with what Kaepernick does. Colin Kaepernick, who plays as quarterback of the San Francisco 49ers team started a true polemic after he refused many times to stand up when the ”Star-Spangled Banner” was sung. The 28 year old half blood player says that he wants, in this way, to protest against the oppression of the color community in USA. Robert Quin, the player of the American football team Los Angeles Rams, listen to the hymn of the USA with his fist in the air, as a protest, before the game with Seattle from the NFL championship. Colin Kaepernick, from the San Francisco 49ers, was among the players who kneel, from the same reason, when the hymn was sung. Also, three players of the Miami Dolphin team adopted Kaepernick’s gesture before the game with New England Patriots. The players’ gesture is seen differently by the fans. Some of them support it, but there are also voices saying that it is a lack of respect towards the national flag, towards the army and towards the nation, in general.

When it comes to ransomware, you don't always get … END_OF_DOCUMENT_TOKEN_TO_BE_REPLACED

Peyton Carr is a financial advisor to founders, … END_OF_DOCUMENT_TOKEN_TO_BE_REPLACED