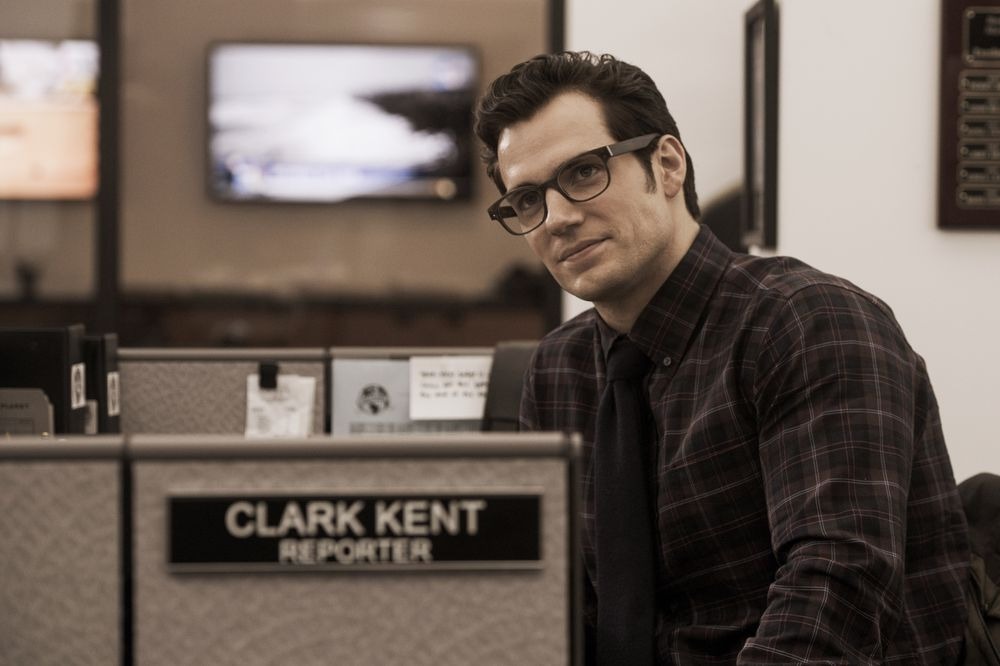 Many went to see the much talked about Batman v Superman this weekend — and there is much to talk about after seeing it too.

The sweeping existential puzzles it presents have ranged from totally valid (why do we need to see Batman’s parents killed yet again?!) to scurrilous and insipid (does Zack Snyder hate Superman?).

But while BvS‘ bigger quandaries are wide open for debate, a good number of things happen in the film that just plain make no f*cking sense. There is no room for justification or debate here: these are plot holes big enough to chuck a Doomsday monster through.

So without further ado, here are 17 things from Batman v Superman that defy logic — even the usually forgiving superhero-movie logic to which we thought we’d grown accustomed.

There’s no bat wind in the well

At the very beginning of the movie, little Bruce Wayne is lifted from the bat cave by swarming winged mammals — yet his hair and clothes are undisturbed by any kind of wind. Spare us the “it’s a dream sequence” defense; aerodynamics still exist in our neural activity. There would be wind.

During the terrorist showdown in Nairomi, photographer Jimmy Olsen (yep, that was him, as a CIA operative instead of the usual earnest shutterbug; no, you would not know this unless you paid attention to the film’s closing credits) sees a film canister pulled from his FILM CAMERA right before he’s whacked, execution-style. No one shoots photos on 35mm anymore, especially journalists. It’s just not done. At all. Ever. But if they did …

No idiot would hide a tracking beacon in a film canister

As it turns out, the beacon that gave Jimmy away was stashed inside said 35mm film roll. Look: If some rough customer took issue with his taking pictures — which seems really likely on an assignment like this — that person’s first move would be to pull out Jimmy’s film roll. Not even Central Intelligence is that stupid.

Superman kills that terrorist, then says he didn’t

If an alien whose speed, strength and reflexes were so advanced that he could get to you before you could pull the trigger on a cocked handgun — then smash you through a wall of cinderblocks — you’d die. Instantly. There’s no way that guy survived. Yet later in the film, Clark Kent whines that he didn’t do anything wrong in Nairomi.

Daily Planet editor Perry White (Laurence Fishburne) tells Clark Kent that his assignment is to write a follow-up on a football game. The Daily Planet is a major metropolitan newspaper in a city with a pro football team; they’d definitely have a full-time sportswriter. No — they’d have several full-time sportswriters, who would absolutely riot if the new kid were tasked with analyzing a heartbreaking loss.

Actually, pretty much everything about the journalism

2016 Best Picture Spotlight set a new standard for accurate portrayals of the Fourth Estate — then Batman v Superman chucked those portrayals into a dumpster. In the interest of saving ink, here’s just a quick list of the glaring, stupid no-way-that-happens journalism on display in the Daily Planet newsroom:

– Clark Kent does not have a beat
– Clark Kent does not get in actual trouble for never being reachable/at his desk
– Clark Kent does not get in actual trouble for pursuing a story (the Bat) he’s told to drop
– Clark Kent is not FIRED for never actually writing the story he’s been assigned
– Lex Luthor’s arrest for the bombing of Congress is buried on Page 12
– The editor gives assignments by writing headlines out loud. NEVER.
– Wait, why is the Editor-in-Chief giving out daily assignments to cub reporters? NOPE.
– Reporters are composing stories on layout pages? NO NO NO.
– Reporters have cramped side-by-side workstations in a badly-lit pit of despair. Wait, that one’s actually true

The U.S. Government would 100% seize the Kryptonite, ASAP

Lex Luthor is negotiating with a Kentucky Senator/subcommittee member about bringing a megaweapon of planetary importance into the country? And she’s like “Nah, we decided to pass”? NOPE.  The government would be absolutely throwing armies of special-ops at acquiring that rock, commanderering it, stealing it — whatever it took.

Why is Superman at the Russian manned rocket launch? Why why why??

Seriously, what is he doing there? The rocket goes up; it explodes, and he emerges with the manned capsule. Why would Superman even be in proximity to this routine rocket launch? There’s no way he could have 1) sensed its distress from 5,000 miles away and 2) covered that ground to reach it in 1 to 2 seconds. And there is no reason for him to be standing by just in case the rocket explodes. Either this is explained in a later movie, or it’s just incredibly stupid.

When Batman is hallucinating about fighting Superman’s future forces, he stars out by ostensibly taking delivery of Kryptonite in a box. Unfortunately, he’s been sold out. There’s a green glow on his face when he opens the chest, but it turns out to be … green lightbulbs? Why would those be in there, even in a dream? So the villains can get a shot of green light on his face? WHY WOULD THEY DO THAT. OH, THE ANSWER IS THEY WOULDN’T

If decrypting data caused hallucinations, more kids would be hackers

Batman’s hallucination — and his visit from time-traveling The Flash — is triggered by the decryption of data. As anyone who has had a hallucination will tell you, they’ve got nothing to do with data decryption.

Batman’s huge noisy car chase, where a quiet burglary would do

Bruce hits the Kryptonite vessel with a tracking bug. He could’ve left it at that, going back for the goods later (which he eventually does, with such ease that we don’t even get to see it). Instead, he immediately gives chase — creating an incredible ruckus, announcing his intentions to Lex Luthor and attracting the attention of Batman. What an idiot.

Then he leaves a Batarang at the burglary site!

Bigger idiot than we thought.

Assuming, safely, that Aquaman does not want to be discovered by mankind, why would he swim up to, linger in front of, and then spectacularly swim away from a submersible that is CLEARLY SHINING A LIGHT ON HIM AND RECORDING IT ALL.

Just imagine for a moment: Your bitter, now-murderous adversary has you at spear-point, your mom is minutes from being killed by her captors and you are making a final plea for sympathy. Would you say “They’re going to kill [your mom’s first name here]”? NO, IDIOT, you’d say, “They’re going to kill my mom!” And the thing is, Batman might even relate to that! Certainly more than Phyllis, or Patricia, or Marisa, or whatever your mom’s name is.

Pretty much everything Lois Lane does

Lois rolls up on this conversation long after the name “Martha” is uttered. And yet somehow, as Batman is screaming “WHY DID YOU SAY THAT WORD” (he would say “name,” but OK), she explains to him that Superman was saying his mother’s name. Later, Lois throws the kryptonite spear — which, again, she knows nothing about — into the water. Then she tries to retrieve it, again, without actually knowing that it would be useful in killing Doomsday. GRRRRRR.

Lois pulls Superman out of the water

He’s the Man of Steel, capable of stopping the Batmobile with his ankle like it was a soccer ball. And yet Lois Lane can drag his soaking-wet body up out of a pool of water deep enough to drown a person. (And then he somehow manages to fly all the way to Doomsday while holding the kryptonite spear, which moments ago was powerful enough to prevent him from even getting his head above the surface of a measly pool.) Look, Amy Adams couldn’t drag Henry Cavill six inches to save his life.

‘I thought she was with you’

Batman knows who Diana Prince is at this point; he’s creeped all over her at a party, he’s seen the photos, he’s sent the slimy email. This line almost gets a laugh — except it rings totally false, because Batman a) knows exactly who she is, and b) knows damn well she’s not with Superman. Who is, again, dating a preternaturally instinctive newspaper reporter who can drag him away from a watery grave.

When it comes to ransomware, you don't always get … END_OF_DOCUMENT_TOKEN_TO_BE_REPLACED

Peyton Carr is a financial advisor to founders, … END_OF_DOCUMENT_TOKEN_TO_BE_REPLACED