You are here: Home / Weather / Lightning Kills Twice as Much as Shark Attacks – Are You Safe? 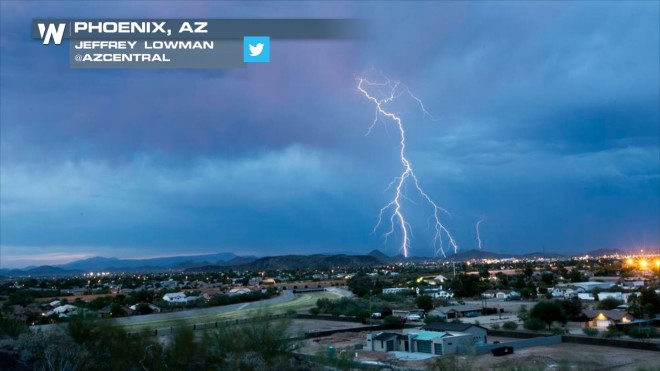 With the summer season now in full gear, people are now heading outside to enjoy the warm weather; however, with the warmer weather comes the danger of lightning. So far in 2015, 17 people have died from lightning strikes. While that might not sound like a lot, in reality it is a major spike from what we’ve seen in recent years.

A study from the National Weather Service has discovered that 8,782 people have died in the U.S. from lightning strikes since 1940 – an average of 119 per year. Through advancements in weather forecasting and better communication, the number of lightning deaths have dramatically decreased in recent years. In the last ten years, the average number of lightning deaths has only been 33 per year. So we are roughly halfway through 2015, and we’re on pace to meet the 10-year average of lightning fatalities.

In the month of June, there were nine lightning fatalities and not all of them happened in the usual places, such as Florida, the lightning capital of the United States. Three deaths were in Alabama and two others in Arizona. The victims died while performing a wide range of activities, but most lightning deaths occur when the victims are boating, fishing or camping on Saturdays and Sundays, when most people are out enjoying the weekend. Lightning deaths can be prevented if proper precautions are taken and sound decisions are made.

From heading indoors at the first sound of thunder, to checking the day’s forecast and planning accordingly, lightning deaths can be reduced even more. “If Thunder Roars, Go Indoors” may sound cliche, but it is sound advice that can save your life. Also making a plan based on the day’s forecast can help you avoid a life-threatening situation. We are in the peak of lightning season, which lasts through August. So, before making any outdoor plans, check with WeatherNation to see if thunderstorms are in the forecast.

Source: WeatherNation Lightning Kills Nearly Twice That of Shark Attacks – How Safe Are You? | For WeatherNation: Meteorologist, Jason Cerjak

When it comes to ransomware, you don't always get … END_OF_DOCUMENT_TOKEN_TO_BE_REPLACED

Peyton Carr is a financial advisor to founders, … END_OF_DOCUMENT_TOKEN_TO_BE_REPLACED