You are here: Home / Lifestyle / Would You Like a Little Beef With That Rat-Human Burger? 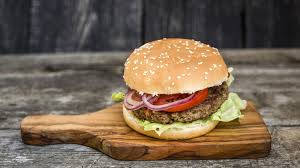 Burgers — they taste great with ketchup, mayo, lettuce, tomato, and rat DNA. A new study by Clear Labs came up with some interesting/revolting results. Of the 258 burgers sampled, four had some unusual ingredients. Three of them contained rat DNA, and one even had a little bit of human DNA, either from skin, fingernail or hair.

Still, the researchers aren’t totally concerned about the results. While not particularly palatable, none of these things are particularly harmful for human health. The human skin appears to have been mixed in there by accident, and not by any devious cannibalistic plan on the part of manufacturers.

“It’s not surprising to find some rat or human DNA in foods. When there is a food handler involved you’re likely to find some form of human DNA,” Dr. Michael Doyle, Director of the Center for Food Safety, Department of Food Science & Technology, University of Georgia said in a statement.

“The FDA has set allowable limits for rat pellets in some food ingredients such as wheat because it’s impossible to remove all traces of rat DNA. It sounds gross, but you have to put that in perspective. It’s more of an aesthetic concern than one relevant to human health.”

Fast-food burgers were surprisingly hygienic, but struggled in other areas, and were “especially egregious in misrepresenting caloric values.” Thirty-eight of the 47 burgers sampled had more calories than advertised.

The study itself was not peer-reviewed, but was instead produced by a commercial lab. To learn more fun and mildly upsetting facts, check out the full study here.

When it comes to ransomware, you don't always get … END_OF_DOCUMENT_TOKEN_TO_BE_REPLACED

Peyton Carr is a financial advisor to founders, … END_OF_DOCUMENT_TOKEN_TO_BE_REPLACED