You are here: Home / Sports / Live and Kicking: Soccer Games to Watch 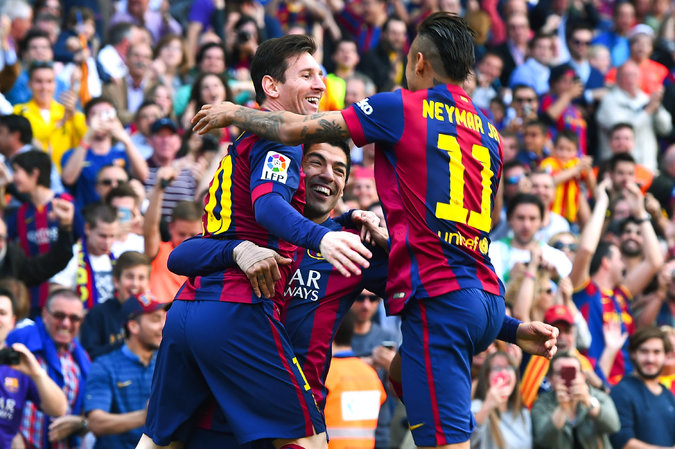 The good news is there are two big soccer games with global appeal this week. The bad news is that they are nearly on top of each other. The soccer editor Andrew Das, a shameless Ajax supporter, tells you what to watch.

Barcelona plays Juventus on Saturday in the Champions League final in Berlin (2:45 p.m., Eastern time, Fox). You may have heard about this game, which should be a nice diversion from last week’s detour into FIFA crime and punishment. A one-sentence scouting report? Juventus makes it hard for anyone to score, and Barcelona’s front line of Messi-Neymar-Su’¡rez can score on anyone. If your gut tells you Barcelona looks unstoppable, go with it. But remember: Only the brave bet against an Italian team in a cup final.

Provided the Champions League final does not go into penalties, you should have a nice break between that and the opening match of the Women’s World Cup: China vs. Canada in Vancouver (6 p.m., Fox Sports 1). China is not the world power it once was (more on them later this week), and Canada, still seething from a defeat by the United States at the 2012 Olympics, is itching to break through with a major title on home soil. But seriously: The people who run world soccer donât have a calendar? They couldn’t give each of these events its own day?

The United States men’s national team will play the Netherlands in a friendly on Friday afternoon (2:45 p.m., ESPN). Coach Jurgen Klinsmann released his roster for the trip over the weekend, leaving off Jozy Altidore (injured) and Clint Dempsey (new baby set to debut). But he is at a clear disadvantage since the Netherlands will be able to run out several current and former players from Ajax, the greatest club in the world and one you should consider supporting, and Klinsmann has none.

Three last games of note: ESPN2 has picked up the live broadcast of the Cosmos’ exhibition game against the Cuban national team in Havana on Tuesday at 5 p.m., and the United States plays twice this week in the Under-20 World Cup: against host New Zealand on Tuesday (3 a.m. - yes, that says 3 a.m. - on FS1) and against Ukraine on Friday (3 a.m., FS1).

There is also Fiji-Uzbekistan from the U20s on Saturday (Fox Soccer2Go). But between us, if youâre watching the Fiji-Uzbekistan U20s at 10 p.m. on a Saturday night, you may want to take a long, hard look at the life you’re living.

When it comes to ransomware, you don't always get … END_OF_DOCUMENT_TOKEN_TO_BE_REPLACED

Peyton Carr is a financial advisor to founders, … END_OF_DOCUMENT_TOKEN_TO_BE_REPLACED