You are here: Home / Lifestyle / Look Outside Manhattan to Save on New York Hotels 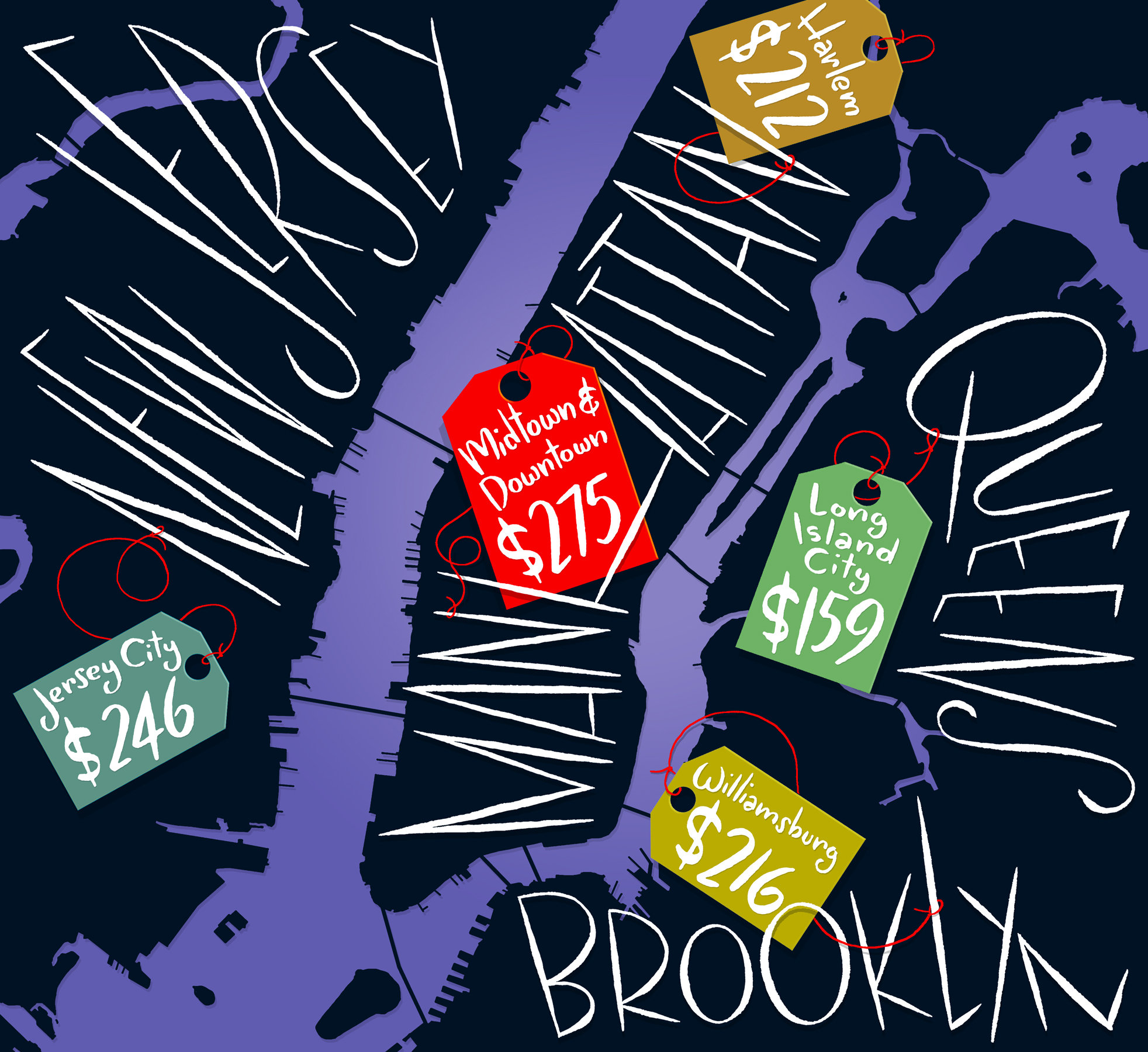 Over 56 million people visited New York City in 2014. How many more stayed away because hotels in Manhattan are so expensive?

The average cost of a three-star hotel in Manhattan south of Harlem reserved through Booking.com was $241 a night, more than twice as much as I’ve ever paid for a room as the Frugal Traveler columnist — outside New York, that is.

Travelers on budgets like mine, though, are finding an increasingly attractive solution in the expanding number of hotels outside Manhattan, especially in Brooklyn and Queens where 11 hotels have opened since January 2014, according to New York City tourism officials. Thirty-two more are in the pipeline for 2016 and beyond.

So how much can these new additions, and their older brethren, save you? And how inconvenient is it for a couple or family who wants to focus on traditional tourist attractions, largely in Manhattan? To find out, I got in touch with data specialists from Booking, the site I’ve always found to have the most complete listings and most reliable user ratings.

Finally, using Google Maps, I knocked out any hotels that were more than 30 minutes by public transportation from major transit hubs in Manhattan: Times Square and Port Authority, Grand Central, the World Trade Center and Union Square. This eliminated all airport hotels, as well as hotels in far-off neighborhoods in Brooklyn. Then we did the same for three New Jersey cities (Hoboken, Secaucus and Jersey City), Upper Manhattan (mostly Harlem) and, to compare, the rest of Manhattan.

Here are the results. The prices are averaged from actual reservations on Booking between October 2014 and October 2015, and all rates include taxes. (A surprising number of rates in outer areas included breakfast, something you rarely find in Manhattan.) The bottom line: Staying outside central and lower Manhattan can definitely save you money without much sacrifice for the average traveler.

Downtown and Midtown Manhattan’s appeals, including stellar museums, parks and restaurants, are well-known. So are its hotel prices.

The most attractive prices, it turned out, are in Queens, where the average cost of a three-star hotel is $154, $87 cheaper than their Manhattan competitors. (Four-star hotels were $60 cheaper.) The hotels are all in or close to Long Island City, just across the East River from Midtown.

Parts of the neighborhood still retain its industrial look, though it is now populated by restaurants, bars and new high-rises on the water: one reason Lonely Planet named Queens the top destination in the country for 2015.

Staying in Brooklyn was also a relatively good deal, with three-star hotels averaging $185. For example, I recently found double rooms for $163 or less available most weeknights in January at the Hotel Le Jolie in Williamsburg. The hotel has an 8.7 (“Excellent”) rating and is 15 minutes by L train to Union Square, including the six-minute walk to the subway. And Williamsburg itself is one of the city’s prime attractions for younger travelers, who still perceive it as the epicenter of hipster cool, even if that ship has sailed long ago to Bushwick.

There are also chain hotels in Downtown Brooklyn, just a stop or two from Downtown Manhattan (although several didn’t make the 8.0 ratings cutoff), and smaller options farther out, like the Lefferts Manor B&B just off Prospect Park, where I found a room for three nights in January for just over $100 a night (including their $30 booking fee).

New Jersey cities were more of a mixed bag. Hoboken and Jersey City were pricey, perhaps because they are as close as 20 minutes away from Manhattan by PATH train. But they offer increasingly good (and cheaper) dining scenes, as well as some city views, from the W Hoboken (8.9 rating) or Hyatt Regency in Jersey City (8.7), for example. Secaucus, just under 30 minutes from Port Authority by bus, is less appealing but has better prices, with a $141 average for three-star hotels fitting the criteria.

Upper Manhattan also had some deals — though, notably, without any qualifying four-star hotels. Harlem is as appealing as Midtown these days, with exploding restaurant and night-life scenes that complement African-American historical and cultural attractions that have drawn visitors for decades.

Of course, averages are just averages, and there are still occasional deals to be had in Manhattan hotels. (Just don’t ask me where.) But as affordable hotel rooms multiply, it won’t be surprising to see more budget travelers sleeping in areas outside Manhattan but convenient to it. And some of them will undoubtedly like the neighborhoods they find themselves in enough that they may spend more time there, rather than heading into Manhattan — the place that a dwindling number of my friends consider “the city.”

When it comes to ransomware, you don't always get … END_OF_DOCUMENT_TOKEN_TO_BE_REPLACED

Peyton Carr is a financial advisor to founders, … END_OF_DOCUMENT_TOKEN_TO_BE_REPLACED