You are here: Home / Technology / MacBooks Affected by Staingate Will Be Replaced by Apple Free of Charge 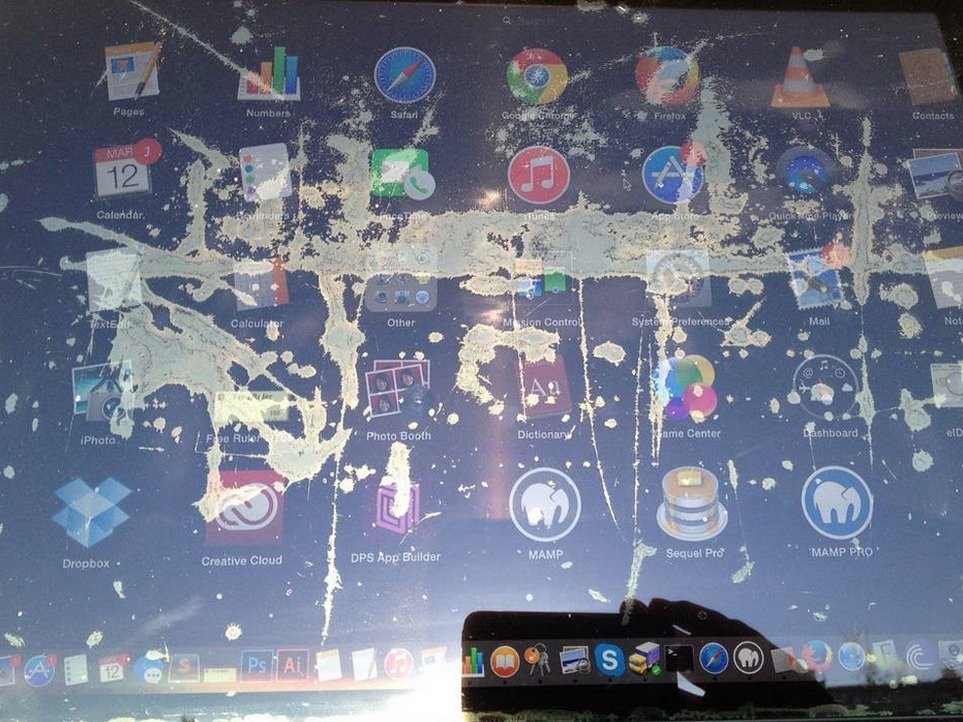 Apple MacBook and MacBook Pro owners have been reporting stained screens for quite some time, and now Apple has acknowledged the issue. Thousands of Apple customers have expressed their discontent at the failure of the anti-reflective coating on the screens of their devices. Now the tech giant has offered to replace affected devices free of charge, reports MacRumors.

According to MacRumors, the issue has become known as “Staingate,” and involves horrible cosmetic stains on the screen of the device. There is no official data on the number of people affected, but a Facebook group devoted to the issue has over 4,000 members.

Since the beginning of the year approximately 4,700 customers have also signed a petition to Apple asking for a free fix for the issue, and it appears that Apple is finally listening. According to customer accounts the problem seems to affect devices sold after June 2012, and some recount that the stains appeared after cleaning the screen.

MacRumors cites several sources who claim that Apple has now promised to replace affected devices that were bought over the past three years. The company reportedly says the move is part of a “Quality Program,” which is essentially an acknowledgement of a widespread defect in a product.

Some users have taken to the Staingate Facebook page to report that they had been offered free replacements by the Cupertino-based company. However an Apple spokesman contacted by Business Insider told the publication that “if customers are experiencing an issue with their Mac, they should contact AppleCare.”

If your device is affected by Staingate, book an appointment at your local Genius bar or Apple Authorized Service Provider to find out if you are eligible for a free replacement. According to MacRumors, Apple says that it will not announce the Quality Program on its website, but is considering getting in touch with certain customers directly.

In the past few years Apple has also launched Quality Programs for common problems identified by company engineers. Larger problems are dealt with via Exchange and Repair ExtensionPrograms including the iSight Camera Replacement Program for iPhone 6 Plus, Beats Pill XL Speaker Recall Program and iPhone 5 Sleep/Wake Button Replacement Program.

When it comes to ransomware, you don't always get … END_OF_DOCUMENT_TOKEN_TO_BE_REPLACED

Peyton Carr is a financial advisor to founders, … END_OF_DOCUMENT_TOKEN_TO_BE_REPLACED