You are here: Home / World / Major Archaeological Cite in Crimea Placed Under Federal Control by Putin 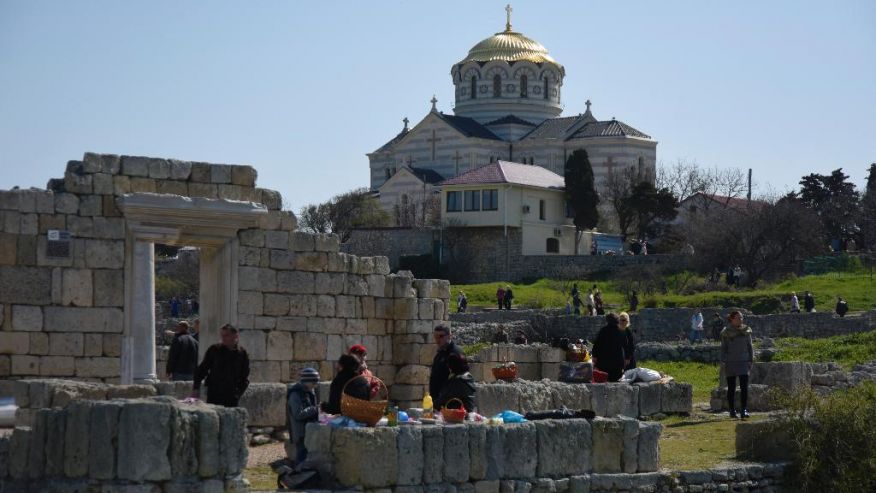 Russia’s President Vladimir Putin on Saturday placed a major archaeological site in Crimea, which he has hailed as the country’s most sacred spiritual symbol, under federal control following turmoil over the appointment of its director.

The Kremlin said that Putin ordered the area of the ancient Greek city of Chersonesus to be placed under federal oversight. The site is located just outside Sevastopol, the main port city in Crimea, the Black Sea Peninsula annexed by Russia from Ukraine last year.

Putin’s order followed the Sevastopol governor’s decision last month to appoint a Russian Orthodox priest as director of the Chersonesus museum, a move that has angered its keepers and fueled strong public criticism that the appointee lacked education and experience.

While presenting the new director to museum workers, the governor, Sergei Menyailo, reportedly sought to counter protests by saying that “religion has always dealt with science,” a comment that drew mockery on Russian social networks. Menyailo’s claim that he had received Moscow’s approval was denied by officials in Moscow.

Putin’s adviser for cultural issues, Vladimir Tolstoy, a descendant of novelist Leo Tolstoy, was among those who criticized the governor’s decision, saying the museum chief should be a professional.

Tolstoy was quoted by the Interfax news agency Saturday as saying that the Culture Ministry will now be in charge of Chersonesus and choose its new director.

Excavations in Chersonesus, which is listed as a UNESCO World Heritage Site, began in 1827.

The city was founded by Greek colonists about 2,500 years ago, and later became part of the Byzantine Empire. The Kievan Rus ruler, Prince Vladimir, was baptized there in 988 before bringing Christianity to the region.

Putin has hailed the spiritual importance of Chersonesus for Russia, saying in last year’s state-of-the nation address that the site has a “huge civilizational and sacred meaning” for the Russian Orthodox Christians, just as the Temple Mount in Jerusalem is to Jews and Muslims.

When it comes to ransomware, you don't always get … END_OF_DOCUMENT_TOKEN_TO_BE_REPLACED

Peyton Carr is a financial advisor to founders, … END_OF_DOCUMENT_TOKEN_TO_BE_REPLACED