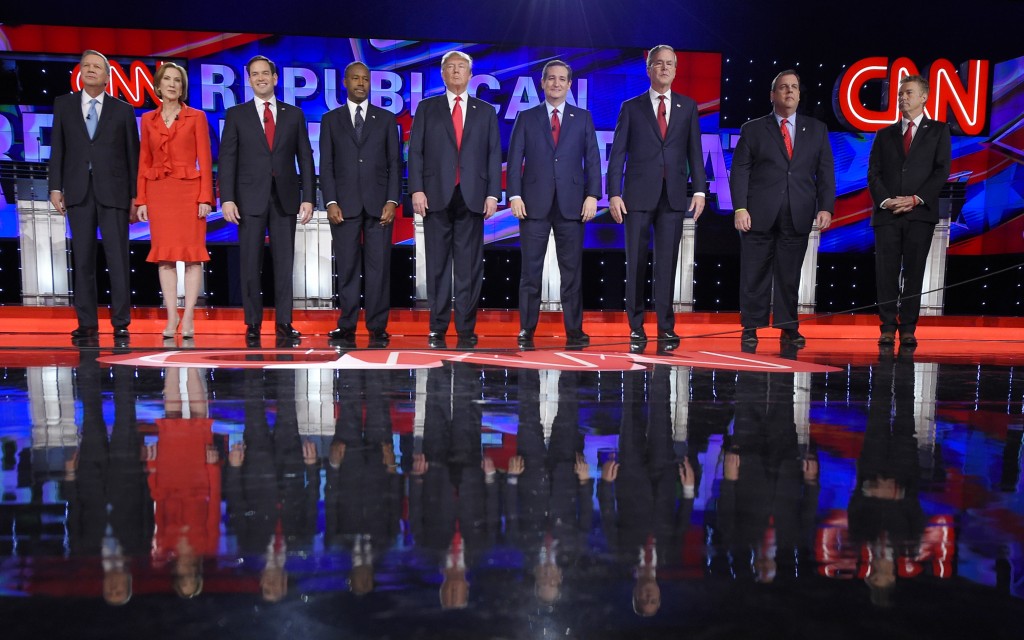 Tuesday’s GOP debate was scheduled just three days after nearly 200 countries adopted a historic climate agreement in Paris. Though the debate focused on national security, touching on ISIS, North Korea and terrorism. But CNN failed to address climate change, which the Pentagon has deemed a major national security threat.

Though the candidates would likely disparage the deal, the issue didn’t even come up during the debate that lasted more than two hours and largely focused on the candidates’ strategy to defeat ISIS and to block refugees and immigrants from entering the country.

Appalling failure of CNN not to ask
1) Is climate change a national security issue?
2) If not, why did ~200 nations sign treaty on it?

Few of the Republican candidates have spoken out about the agreement, with most choosing to ignore it entirely. Rubio has spoken out against it, calling the whole idea of the global negotiations “ridiculous.”

“This kind of unilateral disarmament in our economy is reckless, and it is hurting the American Dream,” Rubio said in Las Vegas on Sunday.

The GOP candidates do not agree with the DOD or the nearly 200 countries that decided the issue was important enough to reach an unprecedented international agreement on Saturday. Republican candidate Carly Fiorina has dismissed the idea, saying that President Obama and Hillary Clinton and “anyone else to say that climate change is our near-term most severe security threat” are “delusional.”

“It is ISIS, period, followed closely by Iran and perhaps Russia,” she added in the interview with Fox News last month.

Climate change is often left out of GOP debates, and when it does come up, the candidates often fumble their answers and fail to recognize the threat.

When it comes to ransomware, you don't always get … END_OF_DOCUMENT_TOKEN_TO_BE_REPLACED

Peyton Carr is a financial advisor to founders, … END_OF_DOCUMENT_TOKEN_TO_BE_REPLACED