You are here: Home / World / Malala Calls on Leaders to Invest in Books, Not Bullets 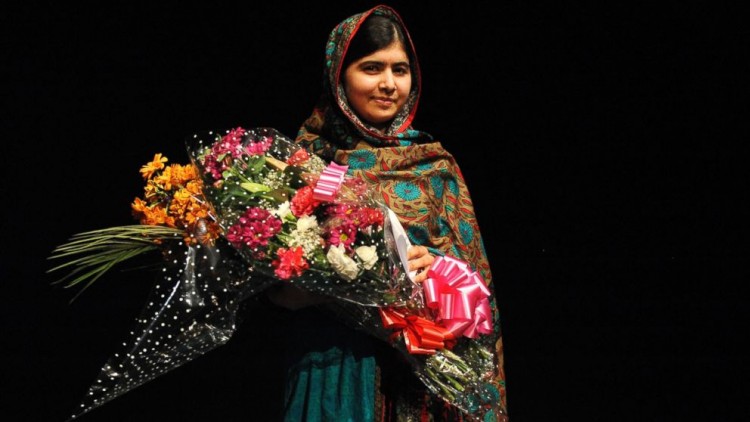 Education activist Malala Yousafzai is calling on world leaders to invest in books, not bullets. Speaking at the Oslo Education Summit in Oslo, Norway, the 17-year-old Nobel Laureate declared that every child deserves access to 12 years of free education.

“The poorest girls get just three years of schooling because of a lack of will and vision by our governments,” Malala said ahead of her Tuesday speech. “This is unacceptable.”

In a paper published by the Malala Fund called Beyond Basics, Malala calls on low- and middle-income countries to commit a minimum of 20 percent of their national budgets to education, compared to the current average of 15 percent. A new report published by the UNESCO and Education for All shows that the number of out of school children and young adolescents between the ages of 6 and 15 years is on the rise – up to 124 million in 2013, compared to 122 million in 2011.

“Leaders of the 21st century must deliver on their promises to invest in the future and start investing in books, education and hope, rather than in weapons, war and conflicts,” Malala said. “We will not stop. We will continue to speak out and raise our voices until we see every child in school.”During the World Education Forum in May, 100 countries committed to providing free primary and secondary education to all children by 2030. According to the UNESCO report, the cost of providing 12 years of free education to every child is an estimated $340 billion per year through 2030 – or $39 billion more than current commitments. But Malala says that shortfall is a pittance compared to global military spending.

“The shocking truth is that world leaders have the money to fully fund global education – but they are choosing to spend it on other things, like their military budgets,” Malala wrote in a post on the Malala Fund blog. “In fact, if the whole world stopped spending money on the military for just 8 days, we could have the $39 billion needed to provide 12 years of free, quality education to every child on the planet.”

When not speaking to world leaders and advocating for education, Malala is making plans for her 18th birthday on July 12. Instead of presents, she is asking supporters to send a message to world leaders: “Post a photo of yourself holding up your favorite book and share why you choose #BooksNotBullets,” she wrote. “Tell world leaders to fund the real weapon for change, education!”

When it comes to ransomware, you don't always get … END_OF_DOCUMENT_TOKEN_TO_BE_REPLACED

Peyton Carr is a financial advisor to founders, … END_OF_DOCUMENT_TOKEN_TO_BE_REPLACED