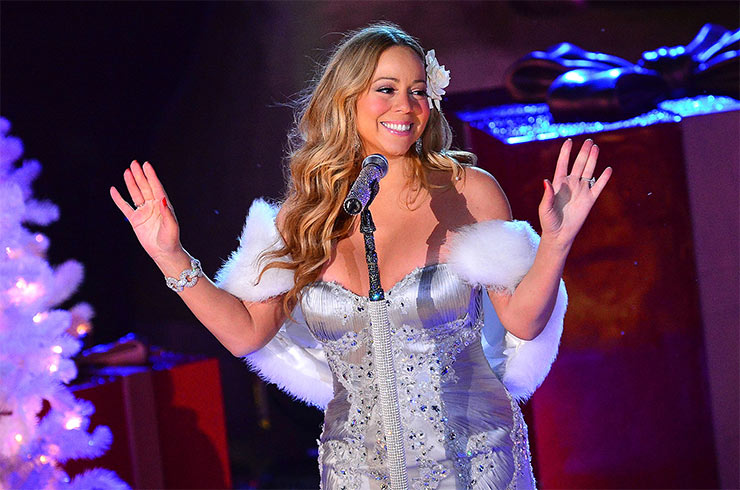 The American artist Mariah Carey has had a disastrous recital during the famous New Year’s Eve party in Times Square, New York. The members of her team put the blame on the organizers of the spectacle. These, in their turn, claim that they have a long standing reputation and that the preliminary results of the investigation shows that the production would not be responsible for what had happened. The concert in New York of the star has been scheduled even before the transition into 2017, but the almost two million people present in Times Square and many other millions who watched the live show on TV and on the internet have witnessed a totally unexpected Mariah Carey appearance, in which her famous voice missed almost totally.

The American diva has not managed to remember the lyrics of his famous song ‘Emotions’, in the absence of the monitors which have not worked. During the song, the artist has shown herself to be embarrassed by the situation and called on the technical team to remedy the problem, but this did not happen, so that the star asked the public to sing in her place. ‘I will never know the truth, but I do know that we told them three times that her mike pack was not working and it was a disastrous production. I’m certainly not calling the F.B.I. to investigate. It is what it is: New Year’s Eve in Times Square.

Mariah did them a favor. She was the biggest star there […]’ said Stella Bulochnikov, the manager of Mariah Carey. In a communicate, Dick Clark Productions states: ‘In very rare instances, there are of course technical errors that can occur with live television’, but the production company ‘had no involvement in the challenges associated with Ms. Carey’s New Year’s Eve performance.’

When it comes to ransomware, you don't always get … END_OF_DOCUMENT_TOKEN_TO_BE_REPLACED

Peyton Carr is a financial advisor to founders, … END_OF_DOCUMENT_TOKEN_TO_BE_REPLACED