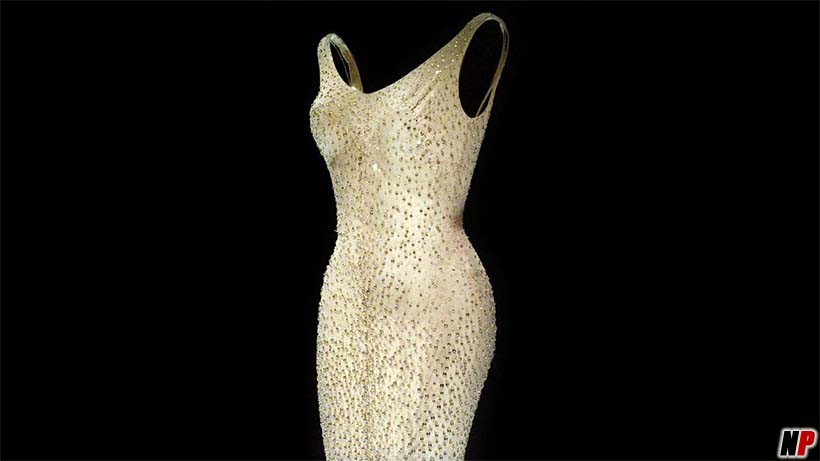 The famous dress worn by Marilyn Monroe when she sang ‘Happy Birthday’ to John F. Kennedy, at the age of 45 years, was sold for 4.8 million dollars at an auction organized in Beverly Hills. According to the AFP, the dress of the skin’s color, manually embroidered with 2,500 crystals, was estimated at 3 million dollars by Julien’s auctions, the house of auctions that organized the sale in a neighborhood preferred by celebrities, in Los Angeles. The dress was designed to fit Marilyn’s curves – who was wearing no underwear – and had to be sewn on the actress shortly before she went on the Madison Square Garden’s stage in New York, on May 19, 1962, to sing ‘Happy Birthday Mrs. President’ with the famous sensual voice. The interpretation only supplied the rumours about an affair between the American president and the famous actress-sex symbol.

Marilyn Monroe died at three months after this event, because of a barbiturate overdose and John F. Kennedy was assassinated the following year. Her dress was acquired by Ripley’s Believe it or Not! a media empire which owns and a chain of museums, including one in Hollywood, dedicated to the objects with historical significance and to the bizarre objects. The dress was bought at a first auction in 1999 by the businessman Martin Zweig for 1.3 million dollars. The record for a dress of Marilyn remains the one from five years ago, when a purchaser paid 5.5 million dollars for the famous dress worn by Monroe in the film ‘The Seven Year Itch’. Among other pieces for sale in Beverly Hills is a dress worn by the actress in the film ‘Some like it hot’, allotted for 450,000 dollars, another evening, sold for 125,000 dollars, and a pair of Ferragamo shoes that were purchased for 34,000 dollars.

When it comes to ransomware, you don't always get … END_OF_DOCUMENT_TOKEN_TO_BE_REPLACED

Peyton Carr is a financial advisor to founders, … END_OF_DOCUMENT_TOKEN_TO_BE_REPLACED