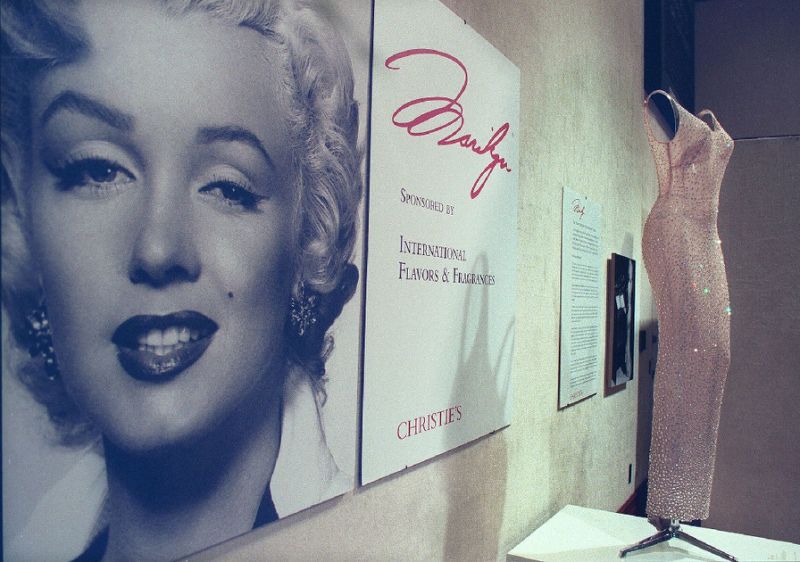 The legendary tight dress worn by Marilyn Monroe when she lasciviously sang ‘Happy Birthday, Mr. President’ to the president John F. Kennedy at his 45th anniversary will go to auction, according to AFP. Of the skin color and embroidered with 2.500 crystals, the dress will be available for sale starting with November 17, in Los Angeles. The value of the dress is estimated between $2 and $3 million, according to Julien’s Auctions. The dress that gave points the voluptuous curves of the movie star was worn without any lingerie and sewed right on the famous star of the American cinematography, just before she got on stage at Madison Square Garden, in New York, on May 19, 1962 to sing ‘Happy Birthday, Mr. President’ with her sensual voice.

The interpretation of this song had a huge impact on the public and on the press, becoming ‘an important moment of the pop culture’, says the auction house. More, the way in which Marilyn Monroe sang the song only helped the rumor about a possible affair between the charismatic president of the USA and the famous sex-symbol. The whispered ‘Happy Birthday, Mr. President’ wish lasted 30 seconds, but, after five decades, it still remains the most known version of ‘Happy Birthday’, says the auction house in a communicate. Before going on sale at the auction from Los Angeles, the dress created by the Jean Louis designer will be exhibited in an art center from New Jersey and then, in Ireland. The dress was sold for the very first time by the Christie’s auction house, in 1999 and bought by the businessman Martin Zweig for about $1.3 million. The businessman, died and the administrators of his inheritance decided to put up the dress for auction again, according to AFP.

When it comes to ransomware, you don't always get … END_OF_DOCUMENT_TOKEN_TO_BE_REPLACED

Peyton Carr is a financial advisor to founders, … END_OF_DOCUMENT_TOKEN_TO_BE_REPLACED