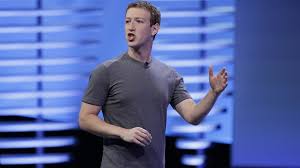 Mark Zuckerberg has promised a “full investigation” into the recent reports that Facebook suppressed news from conservative media outlets in its “Trending Topics” section. He also promised to meet with “leading conservatives” and others to discuss the matter.

Writing on Facebook Thursday evening, Zuckerberg denied the claims of impropriety saying they had so far “found no evidence that this report is true.”

“We take this report very seriously and are conducting a full investigation to ensure our teams upheld the integrity of this product,” he wrote. “If we find anything against our principles, you have my commitment that we will take additional steps to address it.”

He also said he plans to invite “leading conservatives and people from across the political spectrum” to Facebook to discuss the matter.

The controversy around Trending Topics kicked off earlier in the week after Gizmodo reported that the editors charged with curating the news stories routinely manipulated the content. The report, in part, alleged editors would suppress stories from conservative media outlets.

When it comes to ransomware, you don't always get … END_OF_DOCUMENT_TOKEN_TO_BE_REPLACED

Peyton Carr is a financial advisor to founders, … END_OF_DOCUMENT_TOKEN_TO_BE_REPLACED