You are here: Home / Education / Mars Ice Home made by NASA for the first human mission on Mars looks like an igloo 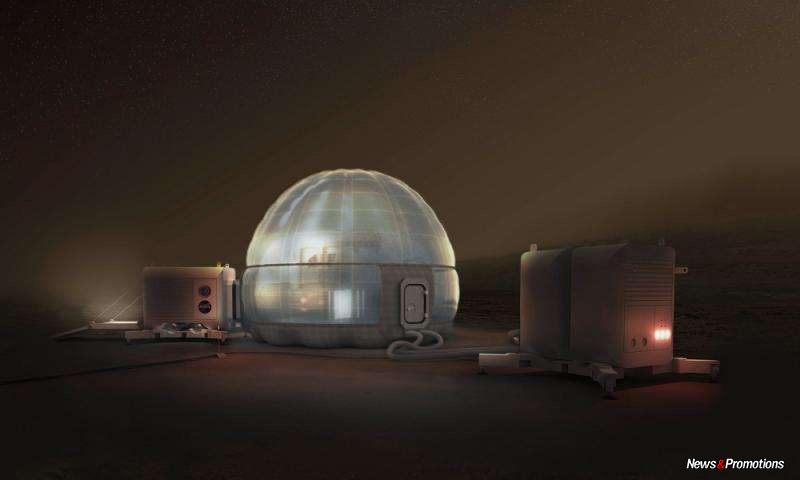 ‘Mars Ice Home’, the habitat designed by NASA and the winners of a project contest for the first human mission on Mars in 2030, looks like an igloo and has the merit of being an excellent insulator against the cosmic radiation, but at the same time the iced used to raise the structure can be used as fuel for the ship which will take off toward the Earth at the end of the mission, reports huffingtonpost.fr. Even if Mars is the new border of the cosmic space, the profile agencies must take into account that people cannot be sent here as on the Moon, for only a few days. Taking into consideration the distance to be traveled, will certainly be necessary for the astronauts to remain on Mars for more than one year, to be a profitable journey.

Which is why NASA is already thinking about, for the mission with a human crew scheduled to take place in 2030, at the Martian home. In 2015, the US Agency has launched an architectural contest for a habitat that can be three-dimensional printed on the Red Planet, which was won by the ‘Ice House’. More than one year after, NASA has developed the concept of ‘Mars Ice Dome’. There are two other advantages of the use of an ice shell. The first is that the water can be retrieved on Mars, at the level of a cubic meter per day with current technologies, which means that the so-called igloo accommodation can be filled in 400 days.

This is why, the habitat, which will be built by robots, will have to be sent to Mars before the astronauts. The other advantage is that the water can then be converted into fuel for the spaceship that will land on Mars and then will take off again.

When it comes to ransomware, you don't always get … END_OF_DOCUMENT_TOKEN_TO_BE_REPLACED

Peyton Carr is a financial advisor to founders, … END_OF_DOCUMENT_TOKEN_TO_BE_REPLACED