You are here: Home / Entertainment / Marvel And Sony Are Down To Two Final Spider-Man Candidates 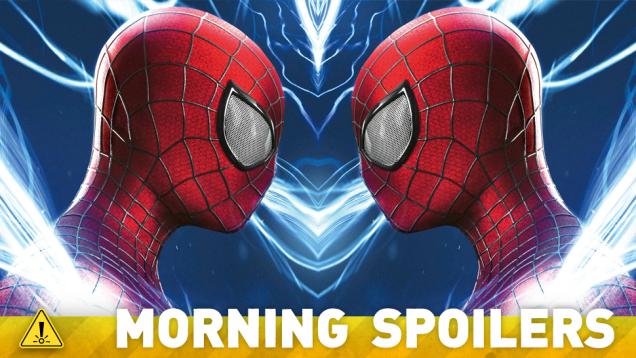 The casting shortlist has narrowed and narrowed, and while Jeff Schneider has reported on Meet the Movie Press that the shortlist is down to Tom Holland, Matthew Lintz and Charlie Plummer, Devin Faraci of Birth Movies Death has added that the shortlist is now actually down to two: The aforementioned Tom Holland, and Charlie Rowe. Faraci also added that casting has been delayed – not due to Marvel and Sony butting heads as some have believed, but because of trepidation over a major piece of casting for both companies.

Trepidation aside, however, the final decision will allegedly come sometime this week, according to Deadline, who also cite Holland, Lintz, Plummer and Rowe as being in contention for the role of Peter Parker.

TVLINE | Are there any additional bombshells that we won’t have been made privy to through Episode 6? Like, is there something Mrs. Fisher omitted?
I won’t answer that. But there are constant reveals through the rest of the show, always. There’s always something that you didn’t expect, a twist and a turn.
TVLINE | Will readers of the books be at all surprised by your season finale?
I think they’ll find it very similar to the books with a few tweaks here and there. Again, the First Generation is not a part of the books in the way that it is in the series, and they figure in in a major way in the ending. So there are some differences. But globally and schematically and mythology-wise, it’s all the same. I’m very close to Blake Crouch, the author, and everything was sort of put through his filter the entire time.
TVLINE | I heard there’s a hint of places to go in Season 2, should Fox want one…
There’s a hint of it, but Wayward Pines was always designed to be just these 10 episodes. So the promise that we’ve been making — which is that there’s a beginning, middle and end in these 10 episodes — is a real promise and we deliver on it. Could there be a possibility of a Season 2? Sure, of course, and you’ll see a window to that, but it also is a complete ending as it is.

VFX supervisor Barrie Gower teases a “gag” visual, cut from seasons 4 and 5 of the show, that is currently due to appear in season 6:

Benioff and Weiss, when they write the outline each year, for last two years, we got to this one point and we read this one gag and thought ‘Oh my God, how the hell are we going to do that? But this is going to be incredible!’ And then it got pulled and we didn’t do it in Season 4. And then, lo and behold, in Season 5 there it was again. And it’s pulled again! But now, in Season 6, it looks like we’re going to do it. Fingers crossed they won’t chicken out.

You guest-starred as a villain on “Smallville,” but “Supergirl’s” adoptive father sounds like a more vital component of the new show. Is that fair? Will Fred have a big presence on the series?
That’s going to be up to the producers. I’ll be in it as much as they will have me. I’ll be very happy to show up on that set every day. It’s just a matter of how much Greg Berlanti and the producers want to expand that role as time goes on. He has to be there, because he is her father on Earth. He and Helen Slater are the parents of her sister, as well. We’re scientists, so we’ll be able to interject things here and there. It’s going to be fun. I just don’t know how much they are going to do. There’s nothing set in stone.

When it comes to ransomware, you don't always get … END_OF_DOCUMENT_TOKEN_TO_BE_REPLACED

Peyton Carr is a financial advisor to founders, … END_OF_DOCUMENT_TOKEN_TO_BE_REPLACED