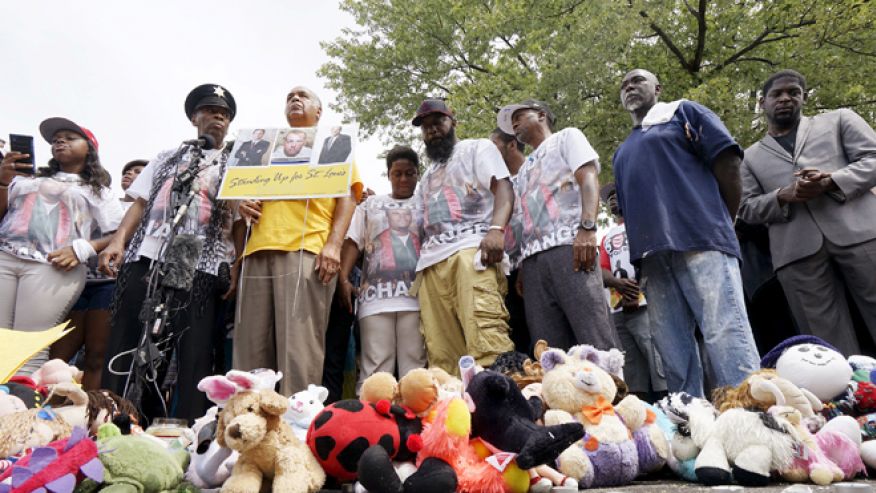 A march to mark the anniversary of the death of 18-year-old Michael Brown has begun in Ferguson, Missouri. The march Sunday afternoon started at the site where Brown, who was black and unarmed, was fatally shot by Ferguson officer Darren Wilson on Aug. 9, 2014.

Brown’s father, Michael Brown Sr., was leading the march, holding hands with others.

A grand jury and the U.S. Department of Justice declined to prosecute Wilson, who resigned in November, but the shooting touched off a national “Black Lives Matter” movement.

Michael Brown Sr. also led a parade involving several hundred people on Saturday. Brown said his family is still grieving, but he believes his son’s legacy can be seen in the increased awareness of police shootings, and renewed skepticism when officers describe their side of events leading up to those shootings.

Earlier, a crowd of hundreds has held four and half minutes of silence to mark a year since Brown’s death.

The silence began at 12:02 p.m., the time Brown was killed, and the length was to symbolize the four and a half hours that his body lay in the street after he was killed. Two doves were released at the end.

When it comes to ransomware, you don't always get … END_OF_DOCUMENT_TOKEN_TO_BE_REPLACED

Peyton Carr is a financial advisor to founders, … END_OF_DOCUMENT_TOKEN_TO_BE_REPLACED