You are here: Home / Entertainment / Michelle and Barack Obama at the last White House Halloween party 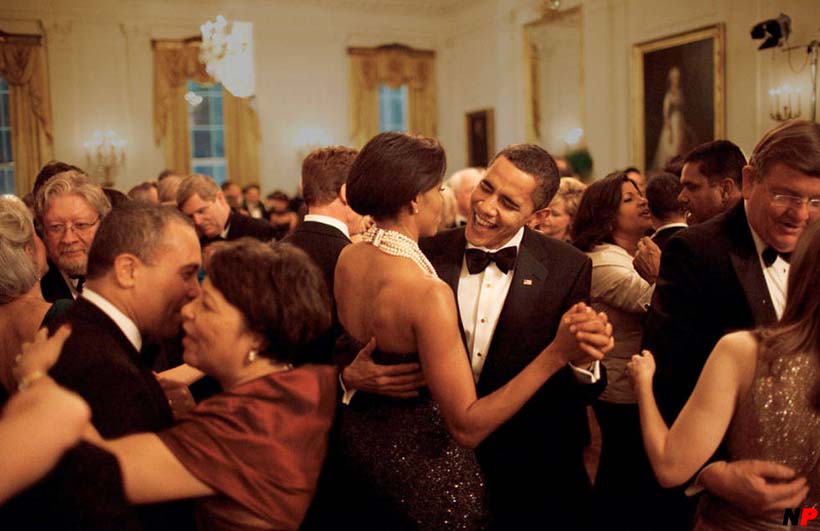 None of the things that really scared the United States of America was present at the Halloween party from the White House this year. No scary clowns, no wigs of Donald Trump, no suits of Hillary Clinton, reports the Washington Post. In exchange, the President Barack Obama was dressed in a sweater and a pair of jeans and together with the first lady offered sweets to the families of the military and to other children from the area. Obama inaugurated the event by praising the costumes of this year and by granting a special Halloween pardon to the kids: ‘On this day, at least you don’t have to think about Michelle and the healthy eating’, he said. The first lady Michelle Obama, looking astonishing and very happy, completed her husband by saying: ‘Candies for everyone!’ She made from the healthy eating a true cause during the time she spent at the White House.

The president risked to irritate the parents having the right to vote by telling their children to eat candies till late in the evening. ‘The more candies and the later you eat them, the better’, said Obama. The presidential couple made from Michelle and Barack Obama tried to learn how to dance on the Michael Jackson’s huge hit Thriller and they gave candies to a long line of children dressed in firemen, superheroes, military men, marines, or even like Muhammad Ali. Not only the children had surprises. Barack Obama himself had the surprise of seeing a boy who chosen to be a Barack Obama with silvery hair. This party comes after the last dinner party at the White House hosted by the Obama couple where Michelle made sensation in a dress especially created for her by Donatella Versace. The dress was created to follow the body’s lines, in golden, coppered and metallic inflections.

When it comes to ransomware, you don't always get … END_OF_DOCUMENT_TOKEN_TO_BE_REPLACED

Peyton Carr is a financial advisor to founders, … END_OF_DOCUMENT_TOKEN_TO_BE_REPLACED