You are here: Home / Automotive / Millennials Put Their Trust in Autonomous Driving Features 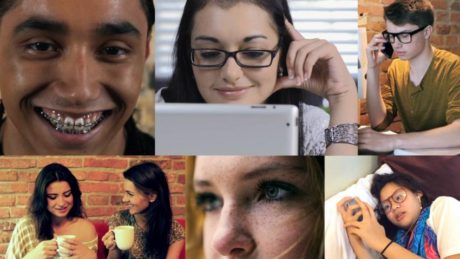 For years, studies have backed up the theory that millennials want to drive less than their older counterparts. A new JD Power study puts a fresh wrinkle into the whole concept with the finding that younger drivers trust autonomous-driving features more than Gen Xers and Baby Boomers. Whether it’s in the name of safety or convenience is open to interpretation.

The JD Power 2016 US Tech Choice study polled about 7,900 people in March and found that those under 30 years-old are about 35 percent more likely to trust self-driving driving technology than those in the 40-50 year-old range. The younger set was also more than twice as likely to have faith in those features than Baby Boomers.

As a result, millennials are more apt to shell out extra cash for features such as “smart” headlights, lane-change assist, and predictive vehicle control, and more of those drivers expect radar, sensors, and cameras to become standard features on newer vehicles. The report can be found here.

Not surprisingly, the under-30 crowd is twice as likely as the 40-50 year-olds to show an interest in “alternative-mobility” options like car sharing and “mobility-on-demand” services. And that point ties into the statistics showing that the amount of driving in the US is on the downswing as younger consumers find other ways to get around.

In fact, some studies say so called “peak miles,” i.e., the maximum amount of miles collectively driven by Americans in a single year, may have occurred back as 2005, and that the number of people in the 16 to 24 year-old range with driver’s licenses continues to fall. Earlier this year, a University of Michigan study revealed that the percentage of Americans pursuing driver’s licenses is falling across just about every age group, all the way up to 60 year-olds.

When it comes to ransomware, you don't always get … END_OF_DOCUMENT_TOKEN_TO_BE_REPLACED

Peyton Carr is a financial advisor to founders, … END_OF_DOCUMENT_TOKEN_TO_BE_REPLACED