You are here: Home / Technology / My Internet: Self-Googling in 1997 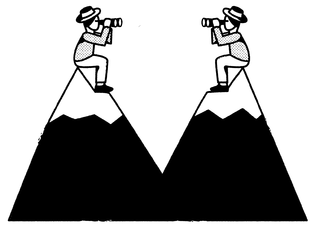 On a spring afternoon in 1997 in Vienna, I googled myself for the first time. Technically speaking, of course, I didnât. Google didn’t exist yet. Altavista’s search engine was the best one around then.

My own computer wasn’t connected to the Internet, but the father of a friend of mine had a cousin who told him that the World Wide Web was not to be missed. At my friendâs house, we typed in his father’s cousin’s access phone number. After a few seconds, we heard the birdsong of the telephone modem, followed by a deep growling and crackling. So this is what the Internet sounded like.

We asked Altavista about quantum mechanics, Batman, Vladimir Nabokov. If you searched for Mozart, you got more than a thousand results. We were amazed. Who had written all this? Who had the time to read it? And then, to my own surprise, I typed my name.

Altavista returned several hits. I had published my first novel earlier that year, and the first link was to a short, bad review of my book, published on somebody’s webpage. The book was available for order on two websites; on another was a list of pupils from my former high school. This wasn’t just abstract and remote: It was about me. I was famous! Anyone in the world could see me anytime. It was thrilling, but it also made me uneasy. Whatever this was, it was completely out of my control.

Now searching for your own name online is a modern neurosis. Everyone talks about how they can’t help self-googling. We’re supposed to say we never do it any more - which is rarely true. Weâve all discovered that we were more narcissistic than weâd ever imagined; weâve learned to live in the company of our distorted Internet twins. I got the first eerie glimpse of mine back in 1997, when it all still seemed like innocent fun.

When it comes to ransomware, you don't always get … END_OF_DOCUMENT_TOKEN_TO_BE_REPLACED

Peyton Carr is a financial advisor to founders, … END_OF_DOCUMENT_TOKEN_TO_BE_REPLACED