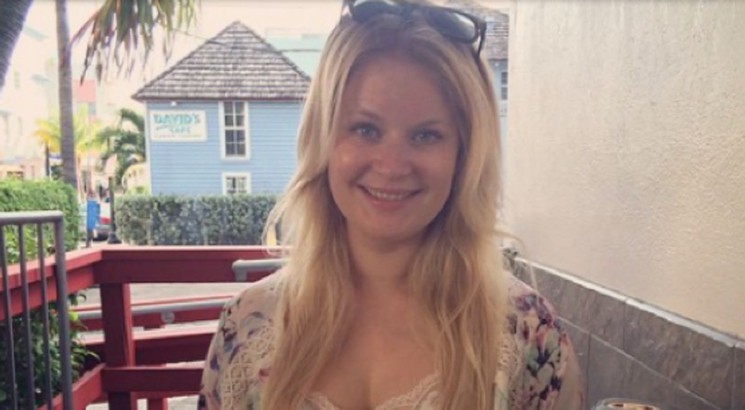 The body bobbed to the surface of Biscayne Bay right along a seawall behind Mount Sinai Medical Center February 6. Judging by her blond hair and small frame, passersby at first told the media that a teenager had been pulled from the cool water. But five days later, police announced she was actually a 27-year-old Finnish woman named Essi Puhakka.

But how did Puhakka end up dead in the bay? Police released no details to the public; back in Europe, her family and friends were just as baffled.

Now, a final report from the Miami-Dade Medical Examiner only deepens the mystery. An autopsy wasn’t able to determine a cause of death but hints that she may have been involved in a struggle.

Puhakka was raised in Finland and graduated in 2011 from the Haaga-Helia University of Applied Sciences, a business school in Helsinki, according to her social media accounts. She later did a study program in Belgium, where she met Klaudia Grzelak, a Scottish student who says Puhakka was known for her infectious laugh and positivity.

“She loved to travel, and she enjoyed every minute of the trips she took part of,” Grzelak says. “She was always, always smiling.”

Puhakka had arrived in Miami only earlier this year on a work visa, according to her social media profiles, which don’t specify precisely where she was working. On Instagram, she posted photos of Heat and Panthers games and visits to the Everglades.

And somehow, she ended up dead on a Friday morning in Biscayne Bay. In a ten-page medical examiner’s report, physicians don’t pinpoint what caused her demise. Her neck and head were uninjured, the report notes, and though fluid was found in her lungs, drowning wasn’t definitively found to be a cause of death.

Other signs, meanwhile, hint at a struggle. “All of the fingernails are irregularly broken,” the examiners note. “Dark red material is under the left first and third fingernails.” Examiners also mention abrasions on her right calf and left thigh.

In Europe, friends and family wait for answers that may never come. “She was an amazing, beautiful, independent woman,” Grzelak says.

When it comes to ransomware, you don't always get … END_OF_DOCUMENT_TOKEN_TO_BE_REPLACED

Peyton Carr is a financial advisor to founders, … END_OF_DOCUMENT_TOKEN_TO_BE_REPLACED