You are here: Home / Sports / N.B.A. Finals: In Overtime, Missed Shots and Foul Calls Were the Key 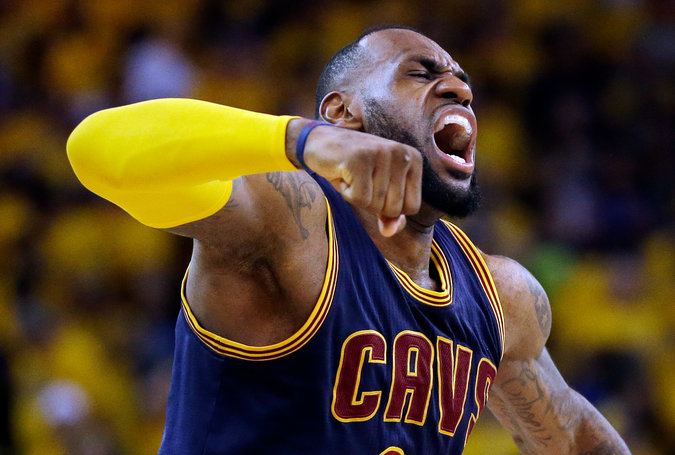 For the first time in N.B.A. finals history, Games 1 and 2 went to overtime. Once again, fans were treated to five tense, vital minutes between two of the best teams in basketball, the Golden State Warriors and the Cleveland Cavaliers.

And on Sunday night, neither seemed to be able to make a basket.

The Cavaliers shot 1 for 8 in overtime, and they won the game. Iman Shumpert hit their one bucket, a 3-pointer that put them on the board 1 minute 13 seconds in, but he also had a layup blocked. LeBron James was 0 for 3. Matthew Dellavedova and J.R. Smith both missed. James Jones missed a wide-open 3 that would have put his team ahead with 11 seconds left.

The Warriors made just two shots, both by Draymond Green from inside two feet. Stephen Curry was 0 for 4, had two turnovers and put up an air ball with a chance to retake the lead with seven seconds left. Over all in the game, Curry was 5 for 23 from the floor and 2 for 15 from 3-point range, bringing up memories of John Starksâs 2-for-18 and 0-for-11 performance for the Knicks in Game 7 of the 1994 finals.

With both teams missing the net in the extra period, the game came down to foul calls, no-calls and free throws.

James drew two fouls in the overtime, making three of four free throws. But he was also the victim of a few no-calls, most egregiously when Andre Iguodala came down hard on his arm as he went up to shoot with about a minute and a half left. The whistle blew, but it was for a shot clock violation on the Cavaliers.

James also could have had a call when tangling with Green with 45 seconds left; it was called a jump ball instead. And on the jump, Green grabbed James’s shoulder. No foul was called, and James caught the ball without tipping it, leading to a turnover.

These decisions were highlighted when Curry craftily leaned into Smith near the 3-point line with 30 seconds left, working a foul. He sank the two free throws to give Golden State the lead for the first time since the first half.

But a controversy was avoided when a big foul call did go the Cavaliers’ way with 10 seconds left. Dellavedova, fighting for a rebound, was fouled by Harrison Barnes. He made both free throws to put the Cavs up by 1.

In all, despite the James no-calls, the Cavaliers drew three fouls in overtime to the Warriors’ one.

After Curry’s air ball, a free throw by James and a Curry turnover, the game was over.

Final score in overtime: 8-6. Of such margins, championships are made.

When it comes to ransomware, you don't always get … END_OF_DOCUMENT_TOKEN_TO_BE_REPLACED

Peyton Carr is a financial advisor to founders, … END_OF_DOCUMENT_TOKEN_TO_BE_REPLACED