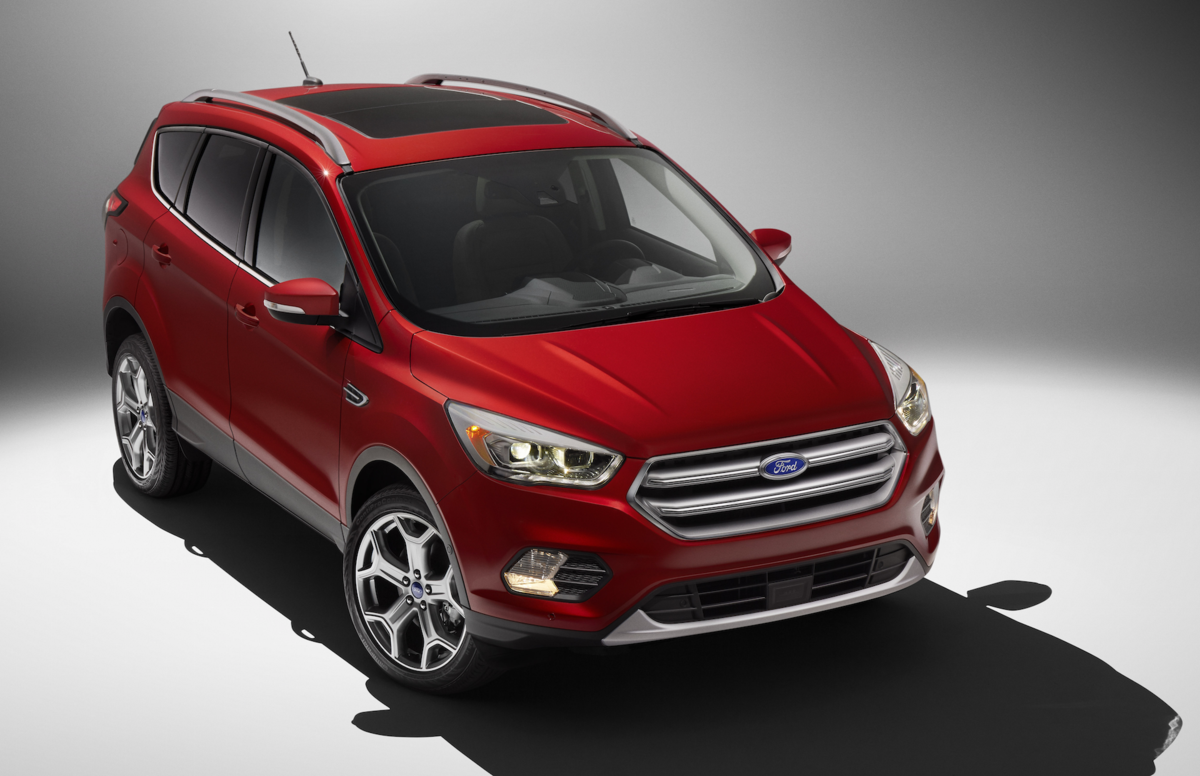 Carmakers care a lot about millennials — customers who may prioritize style, status and connectivity over driving itself. That means the rough and tumble truck-based SUVs of the early 2000s are all but gone; in their place is a new compact segment of high-riding compact crossovers that are essentially fancy hatchbacks with suspension lift.

Although that description might not sound very exciting, the cars themselves are actually quite impressive, as exemplified by the compact crossovers debuted at the LA Auto Show this year. Here are our top five favorites, in no particular order.

Ford’s new Escape is more than just a handsome face; it takes a step in the tech-savvy, connected car direction. The Escape debuts Ford’s new SYNC Connect app that lets owners lock, unlock and remotely start their cars from their smartphones. It also comes with expanded tech inside the car; the slew of semi-autonomous safety technologies includes Adaptive Cruise Control, Park Assist (which helps in parallel parking), and Lane Keep Assist (which aids in keeping the car in its lane on the freeway).

The Escape also has two new turbocharged EcoBoost four-cylinder engines: a 1.5-liter and a 2.0-liter. The 1.5 produces 180 horsepower while the 2.0 is rated at 245 — both of which are mated to six-speed automatic transmission. And that’s not the best part about the new engines — that comes with the fuel savings. While Ford hasn’t publicized the official EPA-certified fuel efficiency numbers, it does say that, thanks to an auto Start-Stop system that turns off the engine at top lights and automatically restarts it once the brake pedal is disengaged, the engines represent a 4 to 6% increase in overall fuel economy.

While the Escape has moved in a more efficient direction, the Kia has edged toward a more upscale and premium market. This is perhaps best reinforced by the new interior. Along with the leather, real stitching on the dash and a heated steering wheel, the Sportage offers an 8-inch infotainment screen that can run both Apple CarPlay and Android Auto. And for drivers who appreciate sound as much as fine interior trim, you can upgrade the sound system to a 320-Watt Harmon Kardon setup.

Along with new looks and a quieter, more refined interior, the new Sportage also features a nicer and more capable ride; Kia says the steering is more direct and smoother than before. Even more interesting, though, is its all-wheel drive system that includes a locking center differential. That’s normally the kind of heavy off-road equipment reserved for Jeeps and Land Rovers.

Sticking with the quasi luxury realm, we come to the new QX30 from Infiniti. This compact crossover is wedged in at the bottom of the Infiniti lineup aimed directly at millennials; it emphasizes refinement and sportiness. The QX30 has been fitted with features like “spinal support” seats, which have special backs to match the curvature of the human spine. The tiny little crossover is also loaded with sound-absorbent materials to increase a feeling of serenity inside.

The QX30 benefits from the best of both front- and all-wheel drive cars; it has the efficiency of a front-wheel drive with the traction of an all-wheel drive. That’s because the “intelligent” AWD system can send up to 50% of the power — through a 7-speed automatic transmission — to the rear wheels, if it detects slippage. If you’re hoping to hear performance and efficiency numbers on this little Japanese crossover, you’l have to wait; Infiniti isn’t giving those yet.

The C-HR concept, which stands for — wait for it — Compact High Ride, is a bit of an odd duck. The car was aimed to polarize. In fact, a release for the car calls reads, “Polarizing is OK. Boring is not.” Got it.

The designers at Scion obviously want to get yuccies talking. The lines of the car, they say, were inspired by “precision-cut gemstone” meant to invoke feelings of sensuality (whatever that means). One of the few technical details Scion has provided is about the chassis, which the company says is very rigid.

Say what you will about this crossover, but there’s no denying that Scion is trying. And trying makes you a winner — right, mom?

Finally, we come to the Nissan Juke Stinger. It’s the oldest car in the bunch — the Juke first debuted in 2010 —but has some new, colorful add-ons and distinctive features that make it look like a bumble bee (hence the name, I presume).

The $990 Yellow Stinger Edition package adds various black and yellow details to the car, as well as 17-inch aluminum-alloy wheels. The Black Stinger Edition adds the same, but the black-to-yellow color ratio is inverted.

Granted, it’s not the most exciting special edition, but it’s one way to make a compact crossovers that much more striking.

When it comes to ransomware, you don't always get … END_OF_DOCUMENT_TOKEN_TO_BE_REPLACED

Peyton Carr is a financial advisor to founders, … END_OF_DOCUMENT_TOKEN_TO_BE_REPLACED