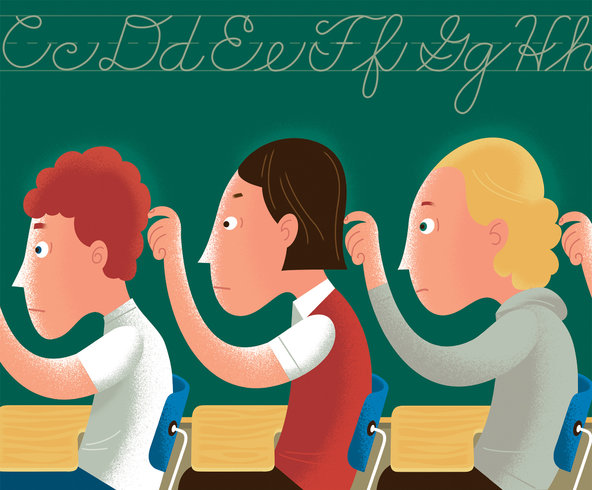 Relatively few school-age children escape the scourge of head lice, among the many organisms that show no respect for socioeconomic status or hygiene. Even though the insects do not endanger health or spread disease, head lice often provoke extreme anxiety and disgust among parents, and the time and money spent detecting and eradicating them costs consumers and schools an estimated $1 billion a year.

In New York and other metropolitan areas, they have even spawned a grass-roots profession of nit-pickers, who for about $200 a treatment will help to rid affected children and adults of the hard-to-see wingless insects and their eggs (called nits).

Given that head lice, companions of humans since antiquity, are not likely to become extinct anytime soon, last month the American Academy of Pediatrics updated its advice to doctors on how best to treat affected children and their families.

Although the Internet is replete with home remedies like Pantene hair conditioner, Cetaphil skin cleanser, mayonnaise and tea tree oil, some of which can be effective with diligent use, none have been evaluated for safety and effectiveness by the Food and Drug Administration.

An 18-month-old girl died in February when her caretaker applied mayonnaise to the child’s scalp and covered it with a plastic bag. “The child was left unattended, the bag slid over her face, and she suffocated,” said Dr. Mary Wu Chang, a reviewer for NEJM Journal Watch.

Unlike the myriad childhood ailments that can be thwarted by vaccines, there is no surefire way to prevent a louse attack, primarily “because young children come into head-to-head contact with each other frequently,” the academy of pediatrics acknowledges.

Daily bathing is not an effective preventive. The insects can survive submerged in water for 20 minutes, and their eggs, which glue themselves to hair shafts close to the scalp, are impervious even to pesticide chemicals. A more effective approach, albeit not a way to prevent all cases, is regular surveillance by parents “to detect and treat early infestations, thereby preventing the spread to others,” the academy advises.

“It is prudent for children to be taught not to share personal items, such as combs, brushes and hats,” the academy states (good luck with that!), even though eggs remain glued to hair and adult lice found on combs are likely to be dead. The organization cautions against refusing to wear protective sports helmets for fear of head lice.

It is easier to detect and treat lice when hair is short, the length of one’s hair and how often it is brushed or washed has little effect on the risk of an infestation.

Lice can only crawl, not jump or hop, and pets play no role in spreading them from person to person. But combing a dry, louse-infested head can build up enough static electricity to eject live insects a distance of one meter. Adult lice die within a day off a person’s head, where they depend on blood meals for survival. Furthermore, their eggs cannot hatch at temperatures below those near the scalp. This would suggest that after treating affected family members and washing their bedding and head coverings, leaving home for a few days could substitute for fanatical household cleaning.

A generation ago, both my sons were among first graders who acquired head lice, most likely transmitted from child to child during friendly tussles in the playground. Other youngsters have not been so lucky.

One mother I know, rather than douse her daughter’s long thick hair repeatedly with a pesticide, engaged the services of a local nit-picker. Another Brooklyn mother, wanting to reduce her boys’ exposure to a toxic chemical after one treatment with a commercial pesticide, saturated their heads three days in a row with Pantene conditioner and baking soda to immobilize the lice and make them and their eggs easier to remove with a fine-toothed metal comb.

Paranoia about lice among a child’s schoolmates can prompt some parents to undertake “preventive” treatment, but the academy warns, “Never initiate treatment unless there is a clear diagnosis with living lice.” People sometimes confuse dandruff, hair casts, sand, and even hair spray droplets with louse eggs, and needlessly expose children to a pesticide and engage in frantic household cleanups.

After eggs hatch, they go through three nymph stages to become adults. Live eggs are dark and hard to see; empty egg cases are clear or white and often confused with a continuing infestation.

Hatched insects feed by injecting small amounts of saliva to expand blood vessels and prevent clotting, then sucking tiny amounts of blood every few hours. Itching, caused by sensitization to the saliva, may not start until four to six weeks after a first infestation, which speaks to the value of weekly head checks.

Effective over-the-counter remedies listed by the academy include a cream rinse called Nix applied to damp hair after it is shampooed (without conditioner) and towel dried. Nix, which contains 1 percent permethrin, is a synthetic pyrethroid that is “least toxic to humans” and “less allergenic” than its parent compound, pyrethrins. It is rinsed off with warm water after 10 minutes (over the sink, not in the shower or tub, to minimize skin exposure). Residue left on the hair can kill emerging nymphs as long as no shampoo is used. A second treatment nine days later is optimal, the academy states.

Among prescription remedies, the newest, called Sklice, containing 0.5 percent ivermectin, requires only one application to dry hair and scalp that is rinsed off after 10 minutes. When treated eggs hatch, the nymphs cannot feed because the medication paralyzes their throat muscles. Another recent prescription treatment, Natroba (0.9 percent spinosad), derived from soil bacteria, kills both live lice and unhatched eggs, eliminating the need for retreatment and nit combing.

Whichever product you may use, first check the age for which it is safe, and never exceed the amount recommended. And continue to check treated heads for two to three weeks to be sure all lice and nits are gone.

When it comes to ransomware, you don't always get … END_OF_DOCUMENT_TOKEN_TO_BE_REPLACED

Peyton Carr is a financial advisor to founders, … END_OF_DOCUMENT_TOKEN_TO_BE_REPLACED