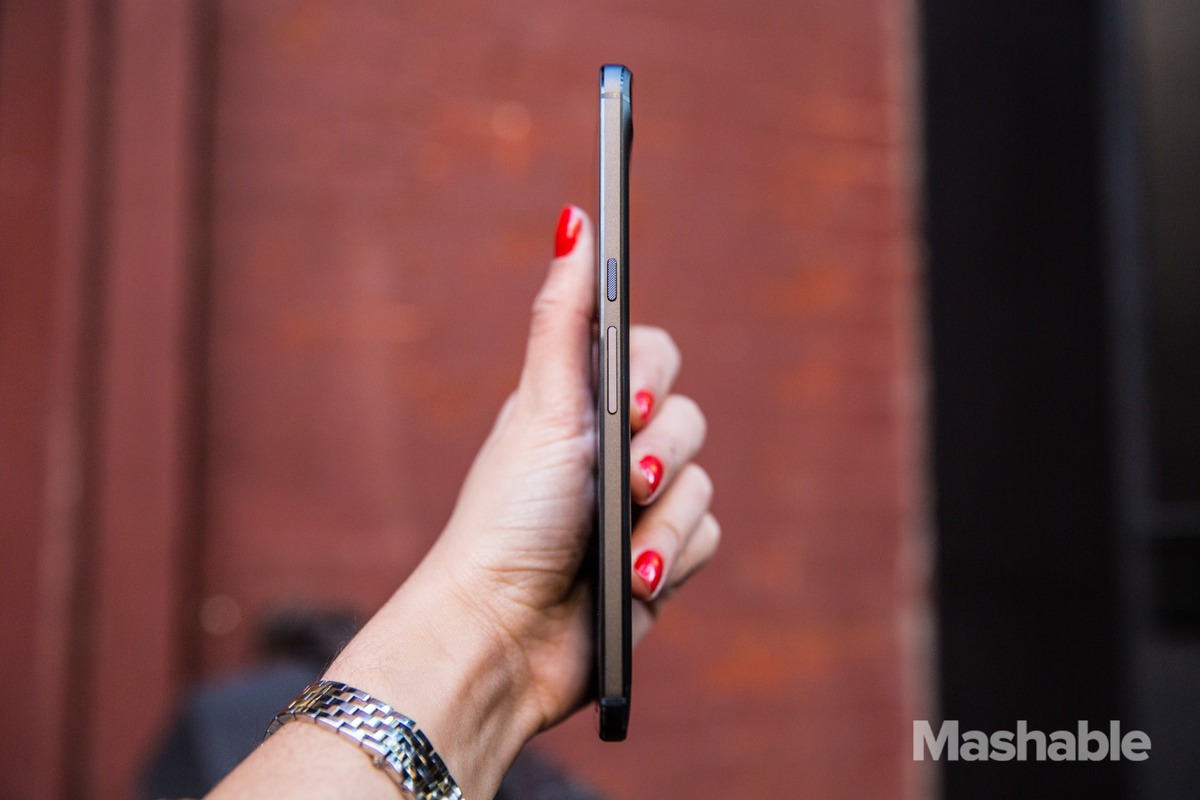 I had an extremely difficult time deciding whether I liked the smaller Nexus 5X or bigger Nexus 6P more. In the end, I couldn’t pick one over the other because both are the best Nexus phones Google’s ever released.

Historically speaking, Google has only ever sold Nexus phones in one size. Over the years, the screen size and phone dimensions kept growing until it became unbearably gargantuan last year with the 5.96-inch Nexus 6. The whale of a phone satisfied only those with freakishly big hands and those daring enough to wear pants with cargo pockets.

The 6P is built by Chinese telecommunications giant Huawei, and it’s the first time the company has built a Nexus for Google.

Bluntly speaking, the Nexus 6 was a lazy copy and paste and expand job, basically a larger second-generation Moto X. Sure, it had a metal frame, but its back was formed from cheap plastic. The 6P is aluminum all the way through with a very subtle “hump” made of Gorilla Glass 4 that protrudes on the upper backside; this hump houses the camera system, and also acts as a way for its antennas to transmit wireless reception.

I tested out the Graphite (dark gray) model, though it also comes in Frost (white) and Aluminum (silver). At 0.28-inches, the 6P is quite svelte, one of the sleekest metal Android phones outside of the the Galaxy Note 5/S6 Edge+. The chamfered edges on the frame glimmer when light hits it at an angle, making it all the more jewelry-like. Antenna cutouts break the unibody aluminum body, but you won’t really notice them; they definitely blend in better than the iPhone 6S’s.

Compared to the Nexus 5X’s plastic design, I greatly prefer the 6P’s aluminum. The dark gray anodized aluminum is stealthy and masks the giant Nexus logo sprawled on the phone’s back better than the other colors. And unlike the flat buttons on the 5X, the buttons on the 6P have a satisfying click to them that don’t require much force; I really like how the power button is knurled.

Better specs, but don’t focus on them

The frontside is as monolithic as it gets. The 6P’s razor-sharp 5.7-inch QuadHD (2,560 x 1,440 resolution) display with 518 ppi provides a huge canvas for consuming media. Photos, videos and text look almost too sharp. Viewing angles are good, but again, like the 5X, could get a little washed out from sides. Huawei added an oleophobic coating on the screen to keep fingerprints at bay, but the phone still got smudged up with minimal tapping and swiping, anyway.

The phone’s uber thin bezels also contribute to the phone’s smaller footprint and overall ergonomic comfort. The Galaxy Note 5/S6 Edge+ are a little shorter, but I’m just glad the 6P’s dimensions aren’t as thick and wide as the Nexus 6.

The bigger phone also affords beefier specs. The 6P has two front-facing stereo speakers (5X only has a single mono speaker) that produce richer and louder sound. Be warned, though: the speaker grilles get gunked up with dust and dirt particles like no other. The front-camera is 8-megapixels compared the 5X’s 5-megapixel selfie camera.

Performance is supercharged under the hood as well with a faster Qualcomm Snapdragon 810 octa-core chip with 3GB of RAM powering the phone. I wouldn’t get too hung up on these specs, though, as I didn’t notice any significant daily performance differences (web browsing, taking photos, using social media, email) compared to the 5X’s Snapdragon 808 chip and 2GB of RAM.

Marshmallow is Android all grown up

That’s where the 6P really shines. Android 6.0 Marshmallow, as I mentioned in my Nexus 5X review is Google’s mobile operating system, firing on all cylinders and at the top of its game. I was thoroughly impressed by how smooth Marshmallow is compared to previous versions. As always, Marshmallow is stock, so no skins and bloatware — just a clean Android experience, the way Google sees it. Most of Marshmallow’s improvements are behind-the-scene fixes and tweaks to make Android more stable and polished, but there are a few new features that lay the groundwork for a more robust mobile experience.

Google Now On Tap, a new feature activated by long pressing on the Home button (O), that looks for keywords on an app screen and then serves up links, shortcuts, etc, is convenient when it works. (More about Google Now On Tap here.) And Doze, a system-level battery saving feature, is also a very welcome addition.

Battery life from the 6P is about what you’d expect from a phablet with this screen size. The 3,450 milliamp-hour battery is good for anywhere between 10-14 hours depending on your specific usage. It doesn’t leave the competition in its dust, but at least it’s not awful. Besides, the 6P supports Quick Charge to top off the battery when it’s low, which is better than waiting longer with standard charging.

Micro USB ports may be standard on Android phones right now, but they won’t be in the future. Like any new port (hi Lightning!), it’s going to be an annoying transition at first. USB Type-C’s reversible design is well worth the switch, even if it does mean buying a few new cables. LG wasn’t so kind, only bundling in a USB Type-C to USB Type-C cable with the 5X, but Huawei is forgiving and comes with that and a USB Type-C to USB Type-A (full-size USB) cable so you can plug it into your old charging adapters or a computer.

Another plus for the fingerprint sensor is that it works with Android Pay. Buying things from places that support Android Pay is a geek’s dream. It works instantly, and I like it more than using Apple Pay on my iPhone 6.

And how can I forget about the cameras? The back camera is the same 12.3-megapixel camera on the 5X, with a laser autofocus sensor for speedy autofocusing and a dual-LED flash. Photos look virtually identical to the ones taken with the 5X, which is to say, they’re as good as the photos taken with an iPhone 6S. Selfies are sharper from the 8-megapixel front-facing camera versus the 5X’s 5-megapixel camera, but by the time you throw them up on Instagram and Facebook, they’ll get compressed and the difference won’t be noticeable unless you view the, in full resolution (and who does that?).

The 6X doesn’t have optical image stabilization like the iPhone 6S Plus (and 6 Plus), which is disappointing especially for taking low-light and action shots, but I wouldn’t say that’s a good enough reason to not buy this phone.

The average American may have never heard of Huawei, but the company is huge in Asia, especially China. Mostly known for its budget-priced phones, Huawei has rapidly risen to the top as a company capable of producing luxurious, premium phones and smartwatches with highly attractive pricing (kind of like Xiaomi).

Google doesn’t need Huawei as much as Huawei needs Google. Huawei has no real brand cachet in the U.S., but with the Nexus 6P, that tide could change. This is Huawei’s foot through the door and into the American homes.

The 6P is everything a premium Nexus phablet should be. It’s got the high-end look and feel, a gorgeous high-res screen, a pair of excellent cameras, powerful performance and a fingerprint sensor that blows by the iPhone 6S’s. Even the pricing, as mentioned earlier, is unbeatable for the value that you’re getting. For a first stab at a Nexus phone, Huawei hit the ball out of the park.

Get the Nexus 6P over the Nexus 5X if a premium metal design and a bigger screen are important to you.

When it comes to ransomware, you don't always get … END_OF_DOCUMENT_TOKEN_TO_BE_REPLACED

Peyton Carr is a financial advisor to founders, … END_OF_DOCUMENT_TOKEN_TO_BE_REPLACED