You are here: Home / World / Numbering of Migrants by Czechs Brings Outcry 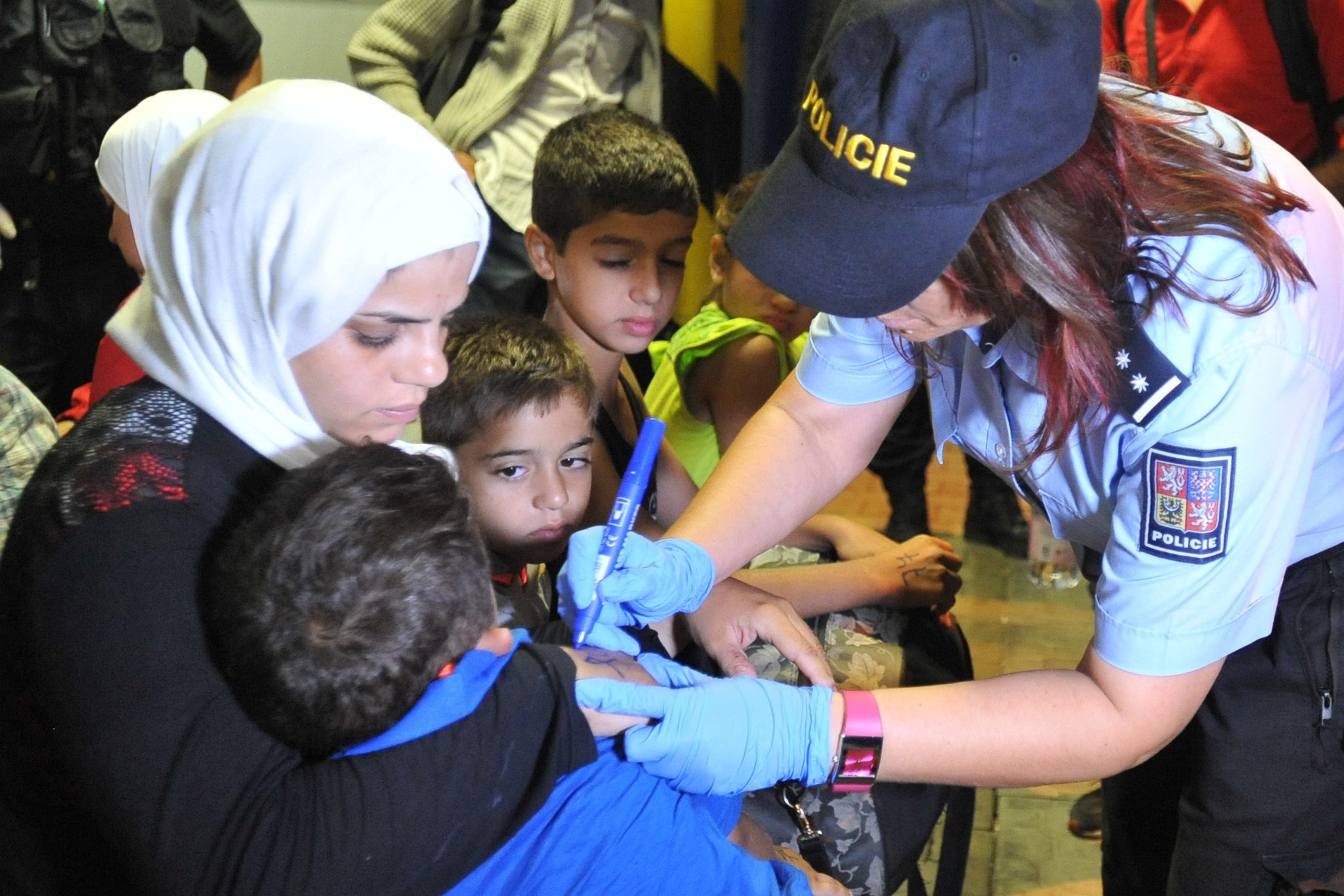 Human rights advocates and Jewish groups expressed outrage on Thursday after the authorities in the Czech Republic wrote numbers on the skin of migrants who were pulled off trains this week, a move they said summoned memories of the Nazi era.

The Czech officers used felt-tip pens to write the numbers on the hands of some of the more than 200 mostly Syrian migrants at Breclav railway station on Tuesday. The officers were apparently unaware of the historical resonance with World War II, when the Nazis tattooed numbers on the arms of Jews at concentration camps.

The Czech government said Thursday it had abandoned the practice, but the dehumanizing treatment of migrants has come under criticism by human rights groups at a time when countries across Europe have grappled with how to respond to the migration crisis in the face of the rise of far-right anti-immigrant parties that have demonized migrants.

Language used to describe migrants has come under criticism, including in Britain, for example, where Prime Minister David Cameron in July referred to them as “a swarm of people coming across the Mediterranean.”

This week, the Auschwitz-Birkenau State Museum in Poland was criticized for installing sprinkler showers at its entrance to combat heat, a move that a visitor complained evoked the painful history of the concentration camp.

“It is 70 years after the war, and it is a new generation, and they have no clue about history,” he said by telephone. “It is a lack of education, a lack of empathy. If they understood the history, the images from the history, they would not do it.”

Jan Brulc, a spokesman at Migrants’ Rights Network, an advocacy group based in London, said the Czech episode reflected the extent to which many European Union countries are ill equipped to deal with the large influx of migrants.

“This incident shows how certain countries in Europe have been hit completely off guard,” he said. “The image of labeling refugees brings historical images of the Second World War to mind, and the police and border guards should understand the requirement under international conventions to treat migrants with the dignity they deserve. Countries can’t punish people for being migrants.”

The Czech Interior Ministry said that the inscriptions, which were written after the migrants were taken off a train traveling from Hungary to Germany, were not standard practice.

The ministry said that the priority of the police had been to ensure that families were not separated, and a spokeswoman noted in an emailed statement that the authorities were under pressure to move quickly.

The spokeswoman, Lucie Novakova, added that new rules would be initiated “in order to prevent such a situation in the future.”

The Czech Republic has so far received 884 asylum requests this year, compared with 800,000 that Germany is expected to get this year, yet the country has experienced a simmering anti-immigrant backlash.

During 40 years of Communism in Eastern and Central Europe, immigration was relatively small, and countries are still trying to come to terms with the challenges of immigration and integration. There are fewer than 20,000 Muslims in the Czech Republic, and anti-immigration groups have exploited the relative lack of familiarity with Islam to suggest that migrants, many of whom are fleeing Syria, pose a terrorist threat.

The human cost of the migration crisis was called into sharp relief this week after at least 12 migrants fleeing the war in Syria, including two boys, drowned on Wednesday while trying to reach the Greek island of Kos. The image of one of the boys, whose body was found face down in the sand, spread across the Internet, and some human rights officials hope the response will compel European leaders to act.

When it comes to ransomware, you don't always get … END_OF_DOCUMENT_TOKEN_TO_BE_REPLACED

Peyton Carr is a financial advisor to founders, … END_OF_DOCUMENT_TOKEN_TO_BE_REPLACED