You are here: Home / Sports / Offense Powers Diamondbacks to 13-3 Win Over Phillies 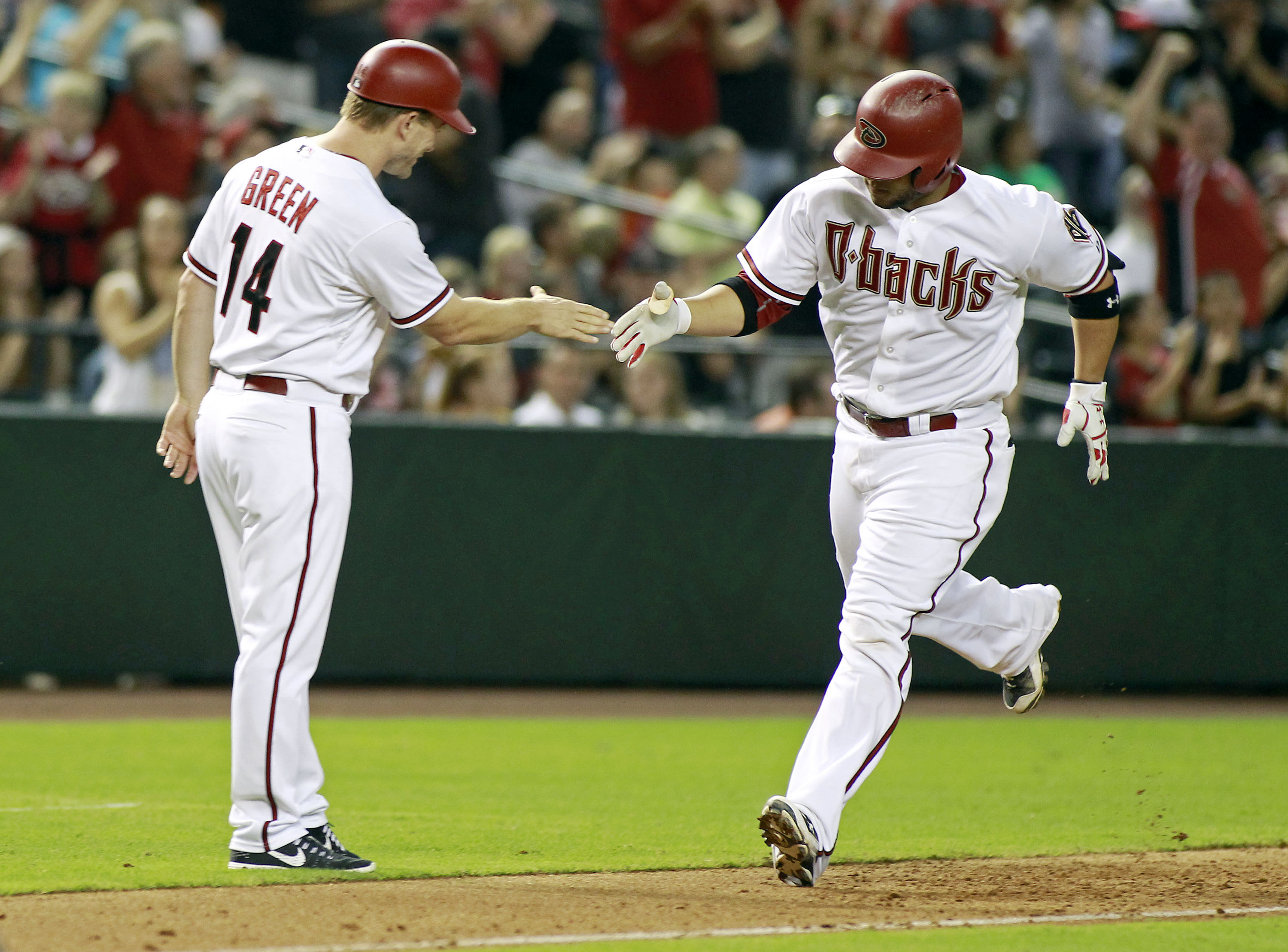 Welington Castillo tied a career high with four RBIs and Yasmany Tomas and A.J. Pollock homered, leading the Arizona Diamondbacks to a 13-3 victory over the Philadelphia Phillies on Monday night.

Arizona scored three runs in the fifth inning to break a 2-2 tie, highlighted by Castillo’s solo shot with two outs. Castillo has eight home runs and 11 RBIs in his last 12 games.

Tomas hit a towering home run to left field off Phillies starter Aaron Harang, a solo shot that gave Arizona a 2-1 lead in the fourth. But the Phillies drew even on a two-out double by Cesar Hernandez that scored Chase Utley from first base in the fifth.

The Diamondbacks responded in the bottom of the inning with Pollock’s leadoff triple, and, after a walk, Paul Goldschmidt hit a sacrifice fly to drive in Pollock.

David Peralta doubled off the wall in center field to drive in Jake Lamb for a 4-2 lead. Then Castillo went deep to center field for his 15th home run of the season and a 5-2 lead.

After the Phillies cut the lead to 5-3 on Maikel Franco’s home run in the sixth, the Diamondbacks put up six runs in their half of the inning. Castillo accounted for four of those, driving in three with a triple and scoring on a single by Tomas.

Pollock’s home run made it 13-3 in the seventh, with Phillies reliever Justin De Fratus tagged for three runs in 1 1-3 innings.

Peralta finished 3 for 5 with two RBIs and Pollock had three hits.

Harang (5-13) left after 5 1-3 innings having allowed eight runs and 12 hits. Harang struck out four and walked one.

Phillies rookie Odubel Herrera extended his hitting streak to a career-high 13 games with a third-inning single.

The Phillies acquired INF Tyler Pastornicky from the Texas Rangers for cash considerations. Pastornicky had been in the Rangers farm system and has played in 124 major league games, all with Atlanta from 2012-2014. He will report to Philadelphia’s Triple-A affiliate, Lehigh Valley.

Goldschmidt’s first of two RBIs gave him 382 in his career. That moved him into fifth place all-time in Diamondbacks history, ahead of current Washington Nationals manager Matt Williams. Goldschmidt drew his 24th intentional walk of the season, tying the club record for most in a season set by Luis Gonzalez in 2001.

Diamondbacks: Reliever Randall Delgado is expected to pitch in a rehab assignment on Wednesday as he works his way back from a sprained right ankle. He could be activated soon after. . Archie Bradley (right shoulder tendinitis), who turned 23 on Monday, will throw a simulated game this week before going on a rehab assignment. . Castillo was hit with a backswing by the Phillies’ Domonic Brown in the sixth inning and was checked by a trainer, but stayed in the game until being lifted on a double-switch before the eighth inning.

Phillies: RHP David Buchanan (2-6, 7.23 ERA) is the scheduled starter Tuesday. He has never faced the Diamondbacks and will be making his 10th start of the season.

Diamondbacks: RHP Jeremy Hellickson (7-8, 5.06 ERA) makes his first career start against the Phillies. Hellickson is 5-1 with a 2.33 ERA in his last six home starts.

When it comes to ransomware, you don't always get … END_OF_DOCUMENT_TOKEN_TO_BE_REPLACED

Peyton Carr is a financial advisor to founders, … END_OF_DOCUMENT_TOKEN_TO_BE_REPLACED