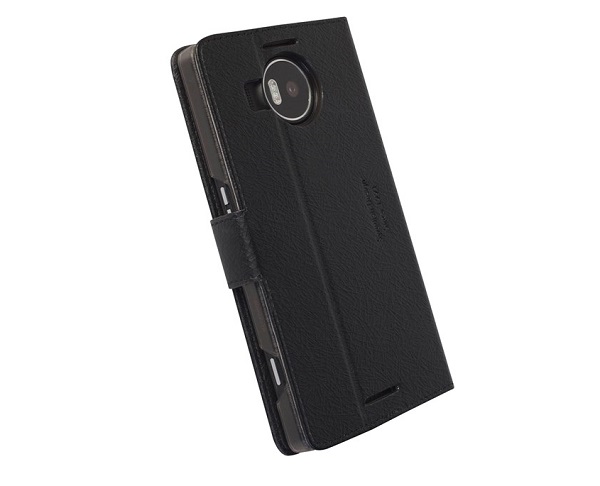 With the arrival of the Lumia 950 and 950 XL Microsoft has partnered with a number of manufacturers to create cases as part of its “Designed for Lumia” program. These official accessories from Mozo and Krusell will carry the logo associated with the program. However, there are many more accessories for these smartphones and some of the best are given below.

Mozo is a Designed for Lumia partner chosen by Microsoft and it according to GSMArena is offering a variety of leather back covers for the Lumia 950 and the phablet sized 950 XL. The back covers importantly can be swapped out with the default polycarbonate back cover on the devices but it will still allow them to be wirelessly charged. Created from genuine leather with a polycarbonate coating these cases will come in a variety of colors including black, white and brown.

When it comes to Folio Cases, Krusell has options such as the Boras FolioWallet which is made from PU and has microfiber lining its interior. Within this case which is available for the Lumia 950 and 950 XL, there is space to place credit cards and there is also a logo on the front of it. As for covers there is the Boden Cover for the rear of the Lumia 950 and it also provides screen protection when the device is placed on its display.

The Lumia 950 and the 950 XL can be connected to external monitors and keyboards via the Continuum for Phones feature. With this feature the user can operate several app such as Word, Outlook, and Excel with the aid of their monitor and keyboard and watch them on the bigger monitors. But to get this up and running, users have to buy a Microsoft Display dock which is sold by the company. More importantly, when their Lumia is connected to the dock, users will still be able to take and make phone calls without any hindrance.

When it comes to ransomware, you don't always get … END_OF_DOCUMENT_TOKEN_TO_BE_REPLACED

Peyton Carr is a financial advisor to founders, … END_OF_DOCUMENT_TOKEN_TO_BE_REPLACED