You are here: Home / World / Ohio Lawmakers Make Excuses for Their Lack of Action on Clean Energy 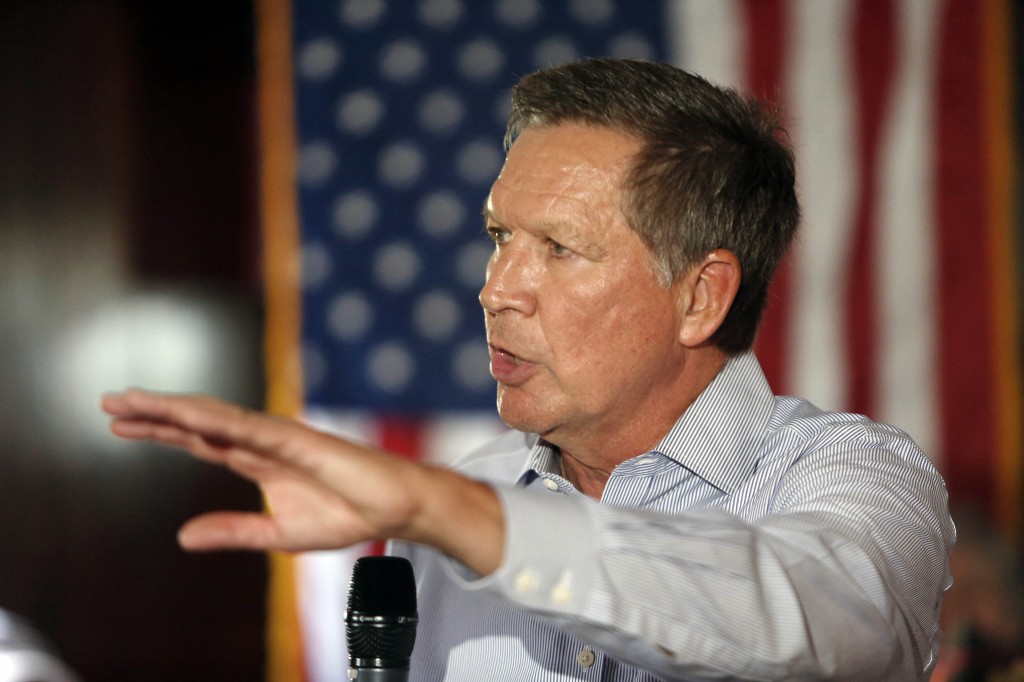 When Ohio Gov. John Kasich (R) signed a bill freezing his state’s renewable portfolio standard, it was widely accepted that he was offering the legislature — dominated by his own party — an opportunity to rethink destroying the policy.

Now, a year later, the committee tasked with considering the RPS, which requires that a certain amount of Ohio’s energy come from renewable sources such as wind and solar, has come back: They still want a freeze.

This puts Kasich, who is running for his party’s presidential nomination, in an awkward position. The freeze hurt Ohio’s nascent wind industry and turned off attractive investors, supporters say. Moreover, most Republicans actually support policies that encourage clean energy, and the governor might not be able to afford positioning himself in opposition to those voters.

In fact, he responded quickly Wednesday to the committee’s proposal.

“A continued freeze of Ohio’s energy standards is unacceptable,” Joe Andrews, a spokesman for the governor, told ThinkProgress in an email.

The Energy Mandates Study Committee recommended freezing the renewable energy and energy efficiency standards — under which utilities were required to reduce consumption by 22 percent and get 12.5 percent of electricity from renewable sources — “indefinitely,” according to a draft of the report provided to ThinkProgress on Wednesday.

Now that the Energy Mandates Study Committee has submitted a recommendation, the legislature will be tasked with developing a bill to address the issue. “We stand willing to work with the Ohio General Assembly to craft a bill that supports a diverse mix of reliable, low-cost energy sources while preserving the gains we have made in the state’s economy,” Andrews said, but he would not speculate on whether the governor would veto a bill that continued the freeze.

The governor’s statement could effect the outcome of the policy.

If Kasich vetoes the resulting bill, Ohio’s legislature will have a chance to overturn it with a two-thirds vote, and both the House and the Senate have Republican super-majorities. But one Democratic state representative applauded Kasich’s statement, saying it might put the legislature off from adopting the committee’s recommendation.

“I fully expect that that could move the needle away from an indefinite freeze,” State Rep. Michael Stinziano told ThinkProgress. And he was doubtful a bill to continue the freeze could overcome a veto.

“I don’t think they would have the unanimous votes in either chamber,” he said.

The legislative committee recommended continuing the freeze because of the Clean Power Plan, an EPA rule released in August that requires states to lower carbon emissions from power plants.

“First, there are significant legal questions as to whether the federal government has the right to govern state electricity policy,” the group of legislators wrote. “Second, freezing the Mandates indefinitely should provide the [Ohio Environmental Protection Agency] maximum flexibility to recommend a State Implementation Program… as well as corresponding legislation targeted to meet that goal.”

But whether or not the Clean Power Plan withstands the legal challenges Ohio and other states are bringing, renewable energy is already becoming big business. According the American Wind Energy Association, an industry group, Ohio has the potential to see $57 million in annual property tax revenue and more than $26 million in annual lease payments to Ohio landowners by 2030. Rural landowners already receive $3 million a year, the group says, and the wind industry has spent $775 million in capital investment in the state.

But investments in renewable energy are not the only economic benefit the state sees from an RPS. As more and more companies commit to going green, an RPS signals that a state is on their side.

“We are trying to attract jobs, especially those out of Silicon Valley,” Stinziano told ThinkProgress. Amazon, for example, which has committed to using renewable energy (as have many of the tech sector’s biggest players), came to Ohio.

“Wind was a big factor in their decision,” Stinziano said, but now the company buys its energy from other states. Continuing the the RPS freeze “is counterproductive for creating jobs in the state of Ohio,” he added.

Some groups questioned whether the committee, which consisted of 13 legislators, seven of whom have ties to the Koch-funded American Legislative Exchange Council, was ever going to find in favor of clean energy policies.

“What played out over the years in the General Assembly while Kasich has been in office is a repeated effort by utility interests with help from ALEC legislators and front groups, such as Strata Policy, to prevent clean energy from succeeding in a state that relies so heavily on coal,” said Matthew Kasper, a fellow at the Energy and Policy Institute.

This pattern, he said, could bode poorly for the beleaguered candidate. “Most voters, Democrat or Republican, don’t want to elect officials that enact policy shaped by just a handful of people listening to special interests.”

When it comes to ransomware, you don't always get … END_OF_DOCUMENT_TOKEN_TO_BE_REPLACED

Peyton Carr is a financial advisor to founders, … END_OF_DOCUMENT_TOKEN_TO_BE_REPLACED