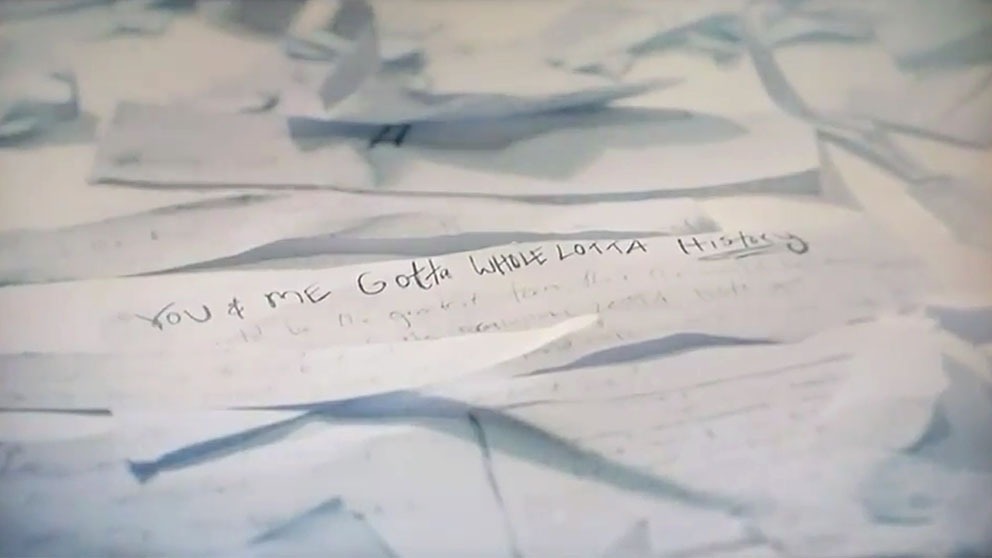 Directioners, please breathe. One Direction is grateful for everything you do. In a “too much for the heart to handle” turn of events, One Direction shared a surprise message with fans during the commercial break for Sunday night’s episode of The X Factor. Because apparently that’s a thing now.

The message aired following the band’s performance of their latest single, “Perfect,” on The X Factor (which, incidentally, was perfect).

The video clip shows a shredded letter being slowly dropped to the ground, set to “History,” a song from the band’s new fifth album.

Thank you message on The X Factor. #MTVStars One Direction pic.twitter.com/iGDys1spHk

In the context of the video, the handwritten note, which uses lyrics from the chorus of the track, addresses the “history” that 1D has with its fans. If that doesn’t give you a lump in your throat, do you even have a heart?

But it does not stop there. Oh no. As the band’s thank you message aired on TV, this tweet was shared from its official account:

The spot has led to some incredibly justified suspicion from fans about where it came from.

Of course, it could be that 1D just wanted to thank us all. Maybe.

THE BOYS THANK YOU MESSAGE FOR US FANS AT THE END OF THE PERFORMANCE HAS MADE ME EMOTIONAL #MTVStars One Direction pic.twitter.com/nNSLZXIZQt

THE BOYS PAID FOR AN AD TO THANK US WITH OUR SONG “HISTORY”. IM SO PROUD. #MTVStars One Direction pic.twitter.com/X3KNX3464C

The boys paid to have an ad made for thanking us fans. Using History.. They are angels
#MTVStars One Direction -A pic.twitter.com/IFOkv1rxqS

Earlier this month, Liam told Entertainment Weekly that “more than anything, [“History”] is about the way the fans and everyone have created this massive thing — One Direction — over the past five years.” So it seems likely that Harry, Liam, Niall and Louis are just looking to throw some thanks to those who helped them reach where they are today.

When it comes to ransomware, you don't always get … END_OF_DOCUMENT_TOKEN_TO_BE_REPLACED

Peyton Carr is a financial advisor to founders, … END_OF_DOCUMENT_TOKEN_TO_BE_REPLACED