You are here: Home / Weather / Opponents of Obama Will Try and Block Clean Power Plan in The Supreme Court 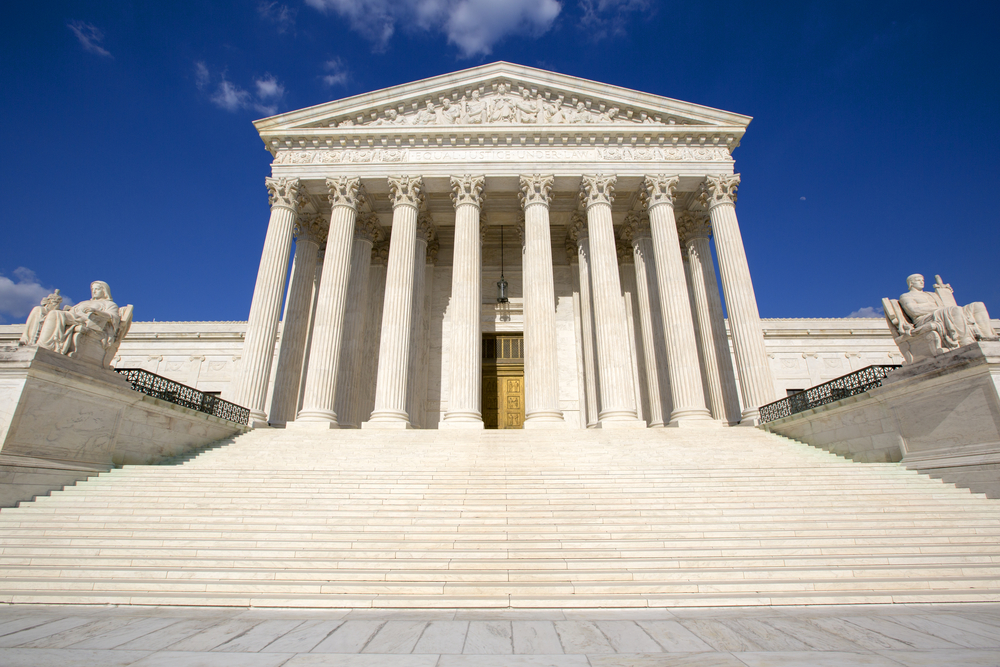 A group of 29 states, along with utility and energy companies, are trying to get the Supreme Court to block Obama’s Clean Power Plan — an attempt that environmental groups say is “highly unusual” and likely to fail.

The states, led by West Virginia, filed a stay application with the Supreme Court in late January, with the group of 60 utility and energy companies filing a similar application soon after. The applications ask the court to prevent the Clean Power Plan, which seeks to reduce emissions from power plants across the country, from being implemented until the D.C. Circuit Court rules on the states’ challenge to the plan. The states had asked the D.C. Circuit Court to stay the implementation of the rule in their original challenge, but the court denied that request last month. So the states and energy companies took their request to the Supreme Court, claiming that the rule was causing them “present and ongoing harm” and that it amounts to a “power grab” by the federal government.

Environmental groups said on a call Thursday that the Supreme Court should rule on whether or not to grant the stay soon — likely within days, rather than weeks. They also said that they didn’t think the states’ argument for the stay would hold water in court.

“The challengers haven’t shown and can’t show that they will be irreparably harmed during the short period that the D.C. Court will be deciding on case,” said Howard Fox, counsel for Earthjustice.

Groups on the call also stressed how unusual the situation was. There isn’t much precedent for a stay application for a complex rule like the Clean Power Plan, they said.

“The Supreme Court almost never gets involved on a case in this stage, on this type of issue, especially when there’s been no lower court decisions,” said David Doniger, climate and clean air program director for the Natural Resources Defense Council.

Several of the states that filed the stay application, including West Virginia, are coal-heavy states, where many lawmakers say the Clean Power Plan is part of the Obama administration’s “war on coal.” Others have state attorneys general that have accepted money from the oil and gas industry — Michigan Attorney General Bill Schuette, who signed on to the Clean Power Plan challenge, has accepted more than $165,000 from oil and gas companies, mining companies, and electric utilities over the span of his three campaigns.

This is the latest in a string of efforts to block Obama’s Clean Power Plan. Congress, too, has introduced measures that seek to block the rule, which was entered in the federal register in October, though none of them have become law. Opponents typically claim that the rule, which allows states to craft their own plans to meet emissions reductions targets, amounts to federal overreach, and that the EPA doesn’t have the authority to regulate carbon dioxide under the Clean Air Act. Environmental groups remain confident that the rule will be upheld, however.

“Some of the attacks are on the very elements of the plan that make it flexible and cost effective,” said Sean Donahue, counsel for the Environmental Defense Fund. “We feel the rule is very strong legally and factually.”

The environmental groups filed a response to the stay application with the Supreme Court Thursday. Eighteen states, along with multiple power companies and energy associations, also filed responses in support of the rule.

When it comes to ransomware, you don't always get … END_OF_DOCUMENT_TOKEN_TO_BE_REPLACED

Peyton Carr is a financial advisor to founders, … END_OF_DOCUMENT_TOKEN_TO_BE_REPLACED